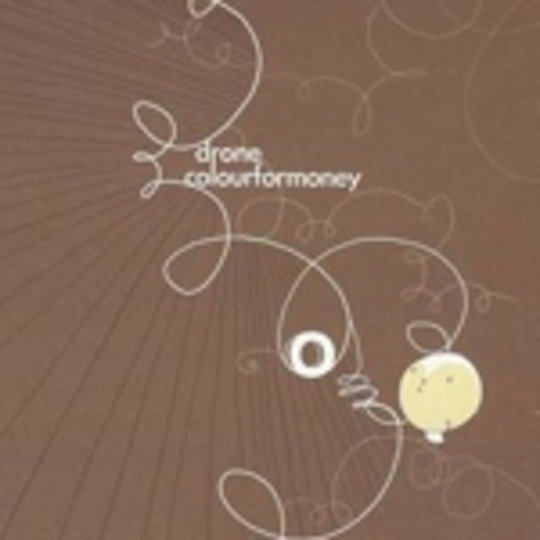 There's real warmth to one-man technology-wastrel Drone's, err, drones. They rarely beach above a light titter of drum loops and bloopy melodies hacked out on a Fisher Price keyboard, but it is thanks to this restraint that they become so insidious. Those cheapy bleeby sounds are oddly human and loving, disarmingly engaging for such simple compositions. And when this Drone opens his mouth, we are again thrown headfirst into some dark human corners.

Like the quietest bludgeoning ever, 'Spiderhead' is freakishly repetitive and malevolent, its slight pulse buoyed by the vocal loop of the title. Such trickery and devilish mood-construction is the calling card of a well-studied concept, and the wherewithal to execute it finely. Atmospheres are created and destroyed wilfully, with precision and flamboyance in equal measure.

colourformoney reaches its creative apotheosis on the dour and spurned 'Etherheart', a destructively frank account of a final physical encounter told by a grizzly, well-spoken narrator. The simplicity of the plinking arrangement underneath (and sometimes creeping round the sides of) the text lightly colours the sentiments in a fashion as sensitive as any this side of a GY!BE record. It's almost a shame when the narrator tells us "none of this really happened"; it makes the listener question his or her own susceptibility to being led towards an emotional dead end, proof that we are under a spell with this music.

At over an hour long, this does wear thin. The skewed beats bore into your brain a little too much, each song becoming gradually oppressive, which is a shame. This is a collection of fantastic ideas thrust in your face without any time to digest them. By the time you've recovered from one emotional slap in the chops, you've got no time to dust yourself off for the next one, and that's too much like a stressful listen. But maybe that's the idea. If it is, kudos. If it isn't, slow down and edit yourself, Mr. Drone.

But this is promising. Just the right amount and blending of menace and empathy secure colourformoney as the beginning of what could be a brilliant career.

Bugpowder at Barfly at The Graduate, Cambridge, Mon 04 Dec