Zapped By A Million Volts

What's The Miles Per Gallon, Alan? 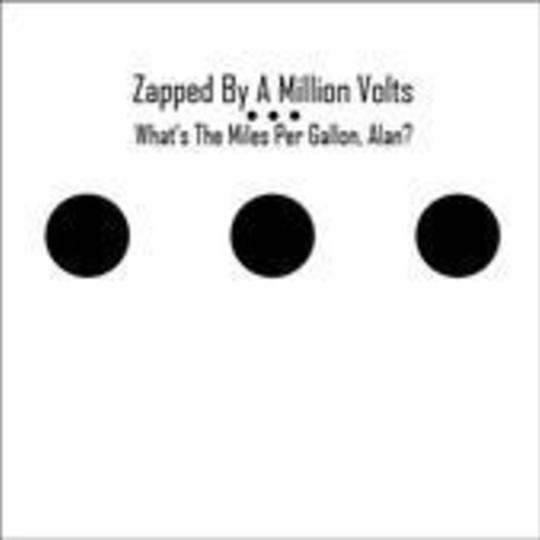 The press release from Grace Records that accompanys this single makes a point of not comparing Zapped By A Million Volts to any other band, instead challenging the listener to draw their own conclusions.

Perhaps they thought it would be too easy. The general aura given off by ‘What’s The Miles Per Gallon, Alan?’ – a combination of occasional group singing, a paper-thin but frantic lead guitar line and shouty, gravel-lined lead vocals - could lead the listener to any number of new-wave and punk bands from the late Seventies or early Eighties. Whether it's Adam Ant, Gang of Four or XTC, Sham 69 and The Vapors, there's the persistent feeling that you have heard this somewhere before, a long time ago.

But bollocks to originality: this is pop music in all its hook-laden, verse-chorus-verse-chorus glory. Behind the currently-popular stop-start clean guitars and up-tempo beat, a simple chorus based on the repetition of the title and the generally madcap feel generated by singing about dropping the clutch, hitting the gas and how “a hundred miles an hour isn't very fast” makes ‘What’s The Miles Per Gallon, Alan?’ an infectiously fun debut.

Will I remember it in five years? Maybe not, but tell that to my tapping toes.