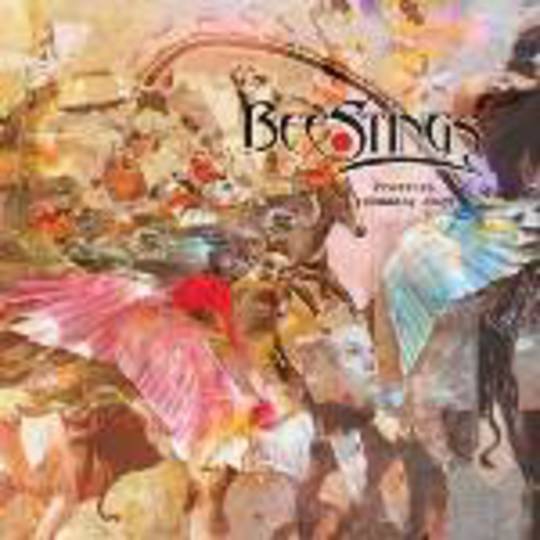 Sometimes the critic is left dumbfounded, more often than not not in a positive sense, by a band’s debut offering to the world. Bee Stings have a decent blurb fighting their corner – a few (maybe) tall tales building a little background admirably – and on-the-ball press people pulling strings and asking for favours. On a business front, Bee Stings are faultless; it’s a crying shame, then, that the London four-piece’s music doesn’t back up their bold confidence in all other areas.

‘Pressure (Running Away)’ arrives backed by positive prose like “Bee Stings write songs that are beautiful, joyous, explosive and extraordinary” – you see what I mean by the above praising of those whose job it is to get them coverage – yet there’s nothing really beautiful, joyous or extraordinary about this single. Explosive? Maybe at times – the song shifts from some actually alright passages of calm to a shout-out-loud chorus – but it’s hardly a change in volume significant enough for the first-time listener to become startled into caring about a song that otherwise merely thud-thuds along robotically.

And extraordinary? Really, this sounds more than a little like solo Gwen Stefani material, or even Republica. Remember them? One-hit wonders of the highest order. Bee Stings may have a single hit in them, somewhere, but this sure isn’t it. File under immediately forgettable and spare a second to wonder exactly why some bands are afforded considerable press assistance when their wares are so very mediocre. Bee stings are irritating things, but ‘Pressure (Running Away)’ is something few will want to satisfyingly scratch.