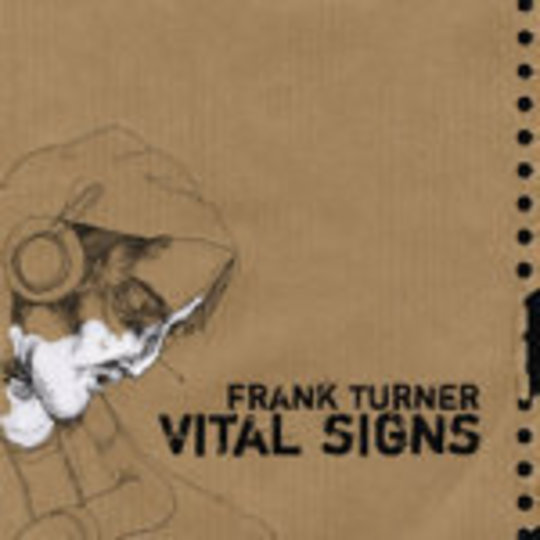 Former Million Dead frontman Frank Turner is fast-becoming a strong promise in the folk-rock scene at the moment, blending the best moments of Chris-TT with some strong punk undertones and an unconfounded political expression. ‘Vital Signs’ - a free download-only single set to be released on Christmas day – sticks to his successful acoustic folk-rock formula, but also draws in the electric guitar for added atmosphere.

However, I won’t resort to using the age-old journalistic cliché of ‘it’s the best present you’ll receive all Christmas’; it’s not perfect, but it is a good indication of what to expect from his forthcoming album, Sleep Is For The Week, released early next year.

Frank Turner isn’t really bringing anything new to the table, breaking boundaries or obscuring expectations. I know that, you know that, Frank knows that. He’s just practising what he loves: great songwriting. This shows through in all of his songs which seem to garner a drunken sing-along aesthetic, whilst creating the sense that Frank is having fun; and that you should be, too. On the flipside (not literally though, because it is_ a download-only single) the demo for _‘Heartless Bastard Motherfucker’ is as entertaining as its title suggests, again taking on the sing-along chorus and leaving the lasting impression of a man going back to his roots to do what he does best.

To receive 'Vital Signs'_ as a download-only single on 25th December, send an email to santa@frank-turner.com explaining what you want for Christmas, and why. It's as simple as that._