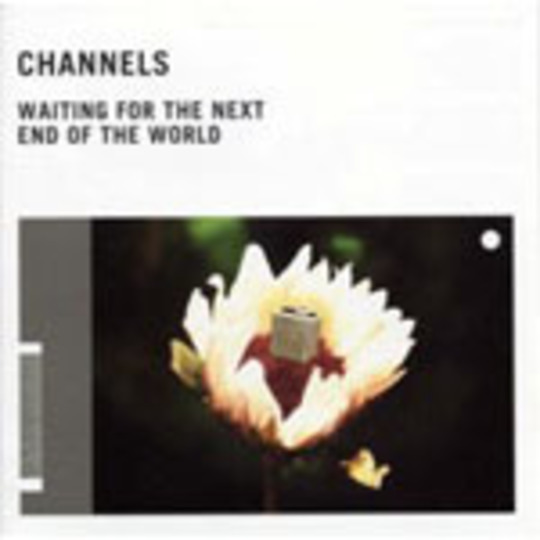 Released back on September 11 – an appropriate date given its post-9/11 lyrical politics – Waiting For The Next End Of The World is the debut album from Channels; but a brand-new band this three-piece isn’t, entirely.

Anyone familiar with Jawbox or Burning Airlines – who themselves were tied up with 9/11, as they were touring when the incident occurred; certain clubs wouldn’t display their name immediately afterwards – will recognise the male vocals at work here, as they emanate from none other than production whiz and hardcore-punk veteran J Robbins; backed by Janet Morgan on bass and vocals and Darren Zentek on drums, Channels stir sweet nostalgia on this twelve-tracker, the echoes of albums past, albeit ones released by different bands, impossible to ignore. In this instance rose-tinted retrogression is welcomed, as the taut trio wind songs up only to cut them fantastically loose one moment and gently build layers of amplified emo proper the next. Remember what post-hardcore was before Funeral et al soiled it? Like this.

A track like ‘Helen Mirren’ – no direct lyrical reference to the actress is made, although former ATP-hosting village Camber Sands is mentioned – is able to sooth any burn left by the blistering opening brace of ‘To The New Mandarins’ and ‘Lucky Lamb’, the former full of vehemence for the much-derided Patriot Act. It’s this balance between aggression and sympathy that sets Waiting… in good stead to eventually be as respected as Mission: Control!. After a handful of listens it doesn’t quite click fully – occasional efforts drift away from the attention – but there’s enough substance to Waiting… to have the hardcore Robbins crowd holding it in fantastically high regard.

If Channels can make it to album number two – this arrives three years after their formation – then we might be dealing with a very special band indeed.