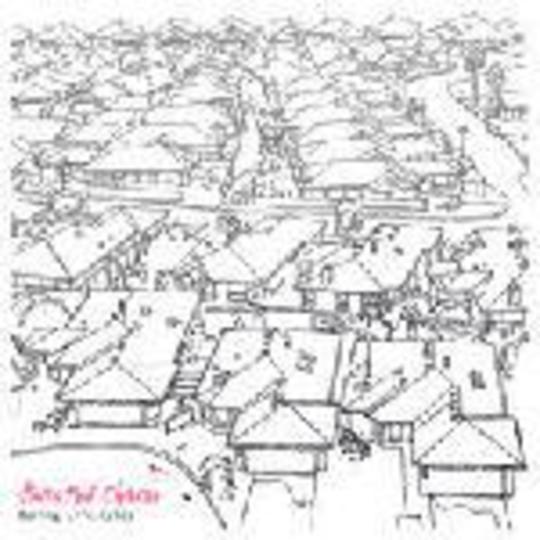 Twisted Charm sit oddly among London bands. In modern terms they've been around for ages; loyally wed to the capital's 'scene' venues and nights yet only recently receiving the attentions of the media that tend to hover vigilant above said nights. For whatever reason, their notoriety has burnt slow rather than explode in flumes of ink and chatter.

In much the same way, 'Boring Lifestyles' tend to sneak up on you. That's why they get shown up, more often that not, by anomalous, unreal nights that'll resonate through the rest of your years. Joining the party as the credits roll, this flickers in and out of life like a half-dead street light on a confused, 5am walk of shame. Pigeons scuttle and cameras watch; here comes the wag with the sunken eyes and the vodka breath and the borrowed copy of Ballard's High Rise rolled up in the arse pocket of his jeans. This version of refined chaos is more provincial and less studied than the likes of, say, Neils Children - but all told it simply adds to the attraction.

Twisted Charm don't always deliver. B-side 'Happy Alone' can't match the quality on its flip, especially not the middle eight which lifts the Finsbury Parkers' latest single up into the high territory guarded by other Machiavellian sentries. Modern companions seem most likely to arrive from the East, and the fallout from Southend's Junk Club. Lydon's snarl echoes here, trapped between the bluster of the Pistols and the isolation of PiL.

All the boys of Twisted Charm sound isolated. The drums and bass work to create separate rhythms that only occasionally intertwine, as familiar as one stranger surrendering a tube seat to another. Guitars run and hide, shimmering reflections of notes blown out of context by a saxophone that rattles raw like a string of nerves tied in a lace, frantically seeking a foothold in a rhythm section moody as stewing parents. It's wicked, it's poisonous; it's clean and refreshing. Paradoxical? 'Boring Lifestyles' chimes glassy with hangover clarity.