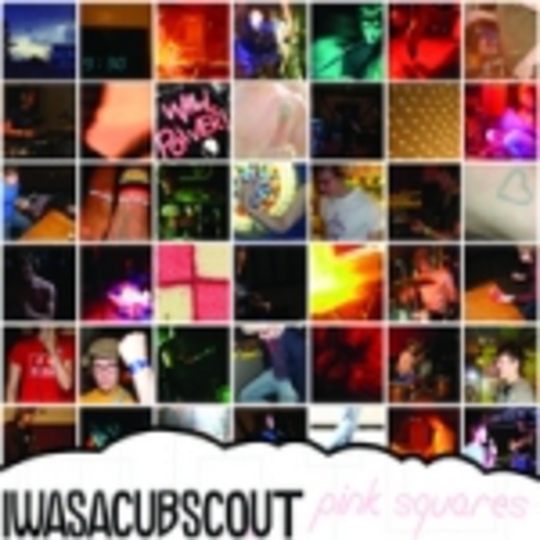 They try so hard to be nice, but I Was A Cub Scout can’t help but fail to disguise the horror that eats away at the centre of their synth-core emoting. Beneath the glistening layers of polished electro-emo – think The Postal Service if they weren’t quite so one-dimensional and over-the-top in the faux-sincerity stakes – there beats a heart of darkness, one whose thoughts are entirely preoccupied with indie-rock domination.

In time it may succeed, but these two tracks are too so-so, too opinion-splitting, for I Was A Cub Scout to mount any sort of breakthrough charge just yet. The first offering, ‘Pink Squares’, chews a chunk of meat straight from the bones of Minus The Bear with scant regard for all things innovative and unique; it’s a pretty neat piece of unashamedly pastiche songwriting, but lacks the feverishness of its Seattle-based forefathers - Todd Marriott’s vocals are rather too listless for their presumably-heartfelt message to be heard over the click-click clatter of crisp drum beats.

This feeling of indifference in the lyrics is carried into ‘Teenage Skin’, but here the music climbs a few rungs on the ladder measuring all things danceable – it beeps and pulses with more purpose than its flipside companion, and the drumming – the frantic crashing of cymbals especially – is a real treat for the ears. Computerised groans and drones swirl away beneath the organic contributions, and the overall impression left is one of potential aplenty despite the inciting of an immediate languidness.

Considering I Was A Cub Scout’s lack of right-now, UK-based peers – you could argue a case for :(, but them aside few bands are merging electronics and emotional rock with any level of mainstream acceptance – they’ve every chance of becoming a vanguard act for a yet-to-be-defined scene. This isn’t quite the calling card with which they can spread their name far and wide, but it’s two successful steps in the right direction.

Providing the underlying evil in these arrangements doesn’t wholly consume the light that guides them, I Was A Cub Scout will enjoy a bright future.