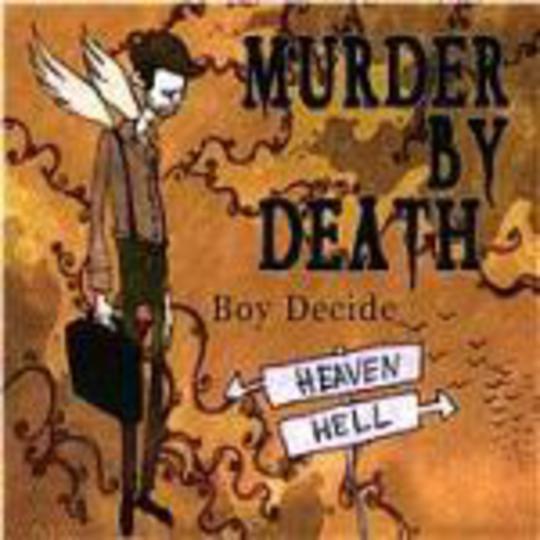 Countrified punk-rockers a la Cursive albeit with a thirst for bloody torture both physical and mental, Murder By Death don’t exactly make music for the masses. This is viciously to the point, and the blade’s razor-sharp; lean too close to the Bloomington quartet’s cello-guided melodies of raucous boisterousness and expect to be sliced.

Peers are plentiful at present – Two Gallants are an obvious parallel, sound-wise, although Adam Turla’s storytelling is more developed and attention-maintaining – which will aid Murder By Death’s commercial cause no end, but it’ll take some sidestepping of this dimension for the band to ever make a fantastic living from this outsider-looking-in approach. They’re designed for a periphery existence, sure to tickle the musical taste buds of all that witness their incendiary shows but never likely to cross over into mainstream acceptance. Their grizzly tales aren’t about to grace your television screens on a Sunday evening anytime soon.

Considering how they drive a man to carry a weapon upon his person, just in case that hooded figure in the shadows makes a move, it’s probably for the best.