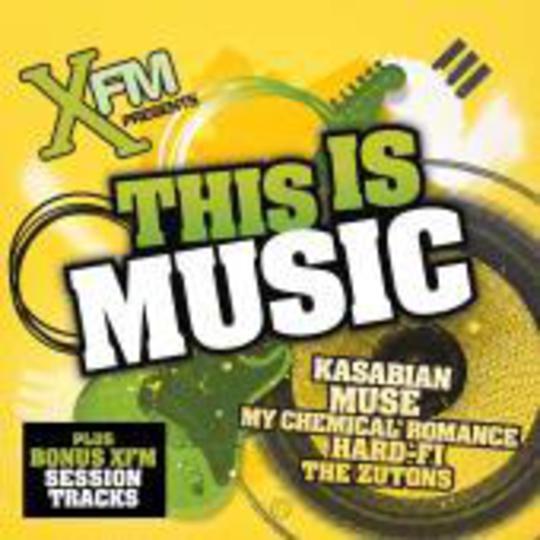 Yes, Xfm, this is music. And there was me thinking these forty-four tracks of varied vintage comprised a healthy eating pasta bake, or a lowered Vauxhall Nova with a hole in its exhaust. Makes it sound louder, so not-so-ol’ Chris won’t get it fixed. The prat.

This twin-disc release summarises the radio station’s regular playlists fairly well: a couple of classics – New Order’s_ ‘Blue Monday’, The Clash’s ‘Janie Jones’_ – are slipped in beside recent tracks from high-profile artists including The Streets (‘Prangin’ Out’), Muse (‘Starlight’) My Chemical Romance (‘Welcome To The Black Parade’) and Primal Scream (‘Country Girl’). It reaches into not-quite-leftfield territories to pluck Get Cape. Wear Cape. Fly’s ‘Chronicles Of A Bohemian Teenager’ and The Longcut’s ‘A Tried And Tested Method’ from the freshest major-label indie harvest, but for the most part this compilation is as brainlessly assembled as you’d expect from the powers that control Xfm’s daytime schedules. It’s an autopilot affair, and you really needn’t strap yourself in.

On the plus side, certain sequences make for pleasing listening: ‘We Are Your Friends’ into_ ‘Ladyflash’ into ‘Heartbeats’ (Mr Gonzalez’s version, of course) is an appealing triple-header on disc one. Also on the first CD, Belle And Sebastian’s ‘Funny Little Frog’_ flowing nearly seamlessly into_ ‘Blue Monday’_ is sure to raise a smile. Disc two, though, lacks such coherence: thus,_ ‘You Can’t Fool Me Dennis’_ is disgustingly sandwiched between The Subways and Mumm-Ra. Ergh. Still, the Manics’_ ‘Everything Must Go’ _still sounds as glorious as it did when I bought it from the Eastleigh branch of Our Price (now closed, obviously) all those years ago.

Tied-to-the-Top-40 indie-rockers will find this comp’ comforting to their ears on a morning’s commute, but I get the feeling most DiS readers know enough about the acts here – and probably own the standout songs, anyway – to give it a miss. It could have been a lot worse though, to be totally fair: there’s no Keane here, at least.