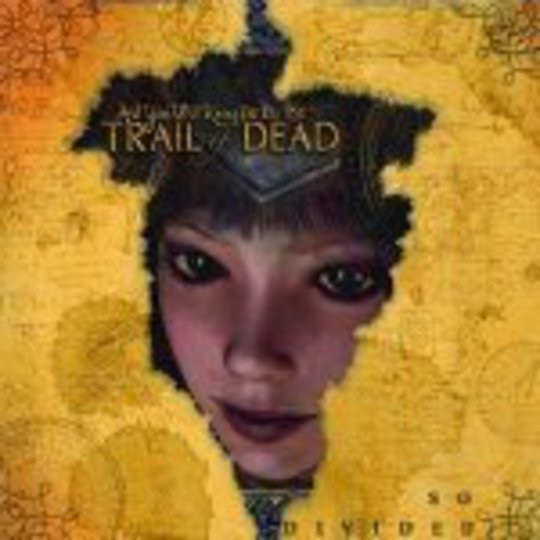 Let it never be said that ...And You Will Know Us By The Trail Of Dead release uninteresting albums. Whatever criticisms you level at their fifth platter, So Divided, you can't argue a case that it's prosaic. I doubt this band are even capable of making music that sounds ordinary at this stage.

Over their first two albums, ...Trail Of Dead's territory was the flashpoint where the crushing delicacy of My Bloody Valentine met with the artful chaos of Sonic Youth and all of it was glued together into a cohesive whole by a white-knuckled punk onslaught. Their music was equal parts beauty and rage, which even in its gentler moments consistently went for the throat; it was a sound they refined to perfection on their third album Source Tags & Codes. Then came Worlds Apart which, although wider in scope, was a wildly mixed offering which disappointed as many core fans as it won new converts.

This last development cannot be overemphasised because if Worlds Apart was the thin end of the wedge separating the new faithful from fans of the band's earlier work, then So Divided will slice the two apart completely.

The music on So Divided is more prog than punk and more lightweight than anything else. The arrangements are highly elaborate, and Keely & Co. throw in everything from entire brass sections to harpsichords to gothic synth-lines, but all this variation and musical muscle-flexing can't hide So Divided's achilles heel: its notable lack of urgency. This is something that even its predecessor had - albeit in patches. In its worst moments Worlds Apart collapsed under its own pretentiousness, but in its best it channelled the band's primal energy with more triumphant grandeur than ever before.

On So Divided, without any undercurrent of visceral rage, the complexities seem shoe-horned into the proceedings to lend them dramatic weight; in places they end up sounding superfluous. For example, the stately orchestral march that swirls at the center of 'Stand In Silence' only breaks up the flow, but without it the track wouldn't be all that different from faceless, mainstream pop-punk. The first half of 'Sunken Dreams' sounds like late-eighties Cure, before a vicious drum snap causes the bottom to fall out. Then feel-my-angst poetry segues into a switch in direction upwards as a multi-tracked chorus parachutes into the proceedings.

Elsewhere, the title track is awful for about a minute and a half, and then a chugging drum beat builds up a powerful head of steam that crashes headlong into giant strumming that outstays its welcome over around three-minutes. The Beatles-come-Muppets pastiche, 'Eight-Day Hell', is over in under half that length, but its cloying, sing-along quality makes it feel twice as long.

There are a couple of gems in this incoherent tip, but they're the one where the theatrical flourishes don't feel tacked on to look impressive. The disparate opening of 'Life' is a marvel to hear come together - all banging drums, trilling guitars and thumping piano - but it's the ominous cello that anchors this song and makes it compelling piece of work. Likewise, the frantic percussion and climbing piano line make 'Wasted State Of Mind' a neurotic wonder, and the decision to make the cover of Guided By Voice's understated 'Gold Heart Mountain Top Queen Directory' as grand and overblown as it'll allow pays dividends.

On the whole, though, So Divided is the sound of musical pomp lacking circumstance. While the instrumental augmentation in most of the songs is impressive, the setlist feels less immediate than the band's past work. Anyone hoping for a return to the face-melting attack of ...Trail Of Dead's music pre-2004 will probably call it quits upon hearing this album. Those who were introduced to this band through Worlds Apart may find So Divided appealing - even if it is, for the most part, a mess. It's brimming with ideas and variation, but it lacks the emotive punch and clear-eyed focus to bring it all together. While ...Trail Of Dead deserve a bow for aiming high, despite displaying impressive musical chops they've ended up producing an album of intricately constructed MOR.