The Ties That Bind Us 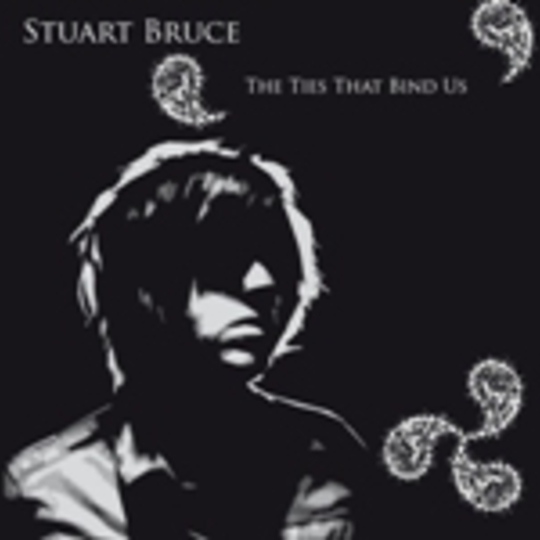 Being a 'singer/songwriter in your own right' has become such an unspeakable phrase in these times of schmaltzy, overwrought ballads by dullard ex-army majors and stage school graduates that those still pursuing this path as a means to getting their music out to the masses have to do it quietly, if you'll pardon the pun.

Such is the case with Kettering-based all-rounder Stuart Bruce: the power of MySpace has brought his debut long-player The Ties That Bind Us to a wider audience than even its creator could have bargained for five years ago, when he started this whole songwriting malarkey for himself.

Bruce, you see, is a drummer by trade and after one (albeit brief) dalliance with the workings of the music business, most people would have turned their backs on it and settled for something more secure in the long-term, like accountancy. Not Stuart Bruce though. Having acquainted himself with and successfully mastered a variety of instruments he set about making his demos available in MP3 format on the net and... well, the rest is about to become history.

The Ties That Bind Us consists of eleven songs recorded at various stages of those five exceedingly productive years, taking in the odd acoustic lament such as 'Ornament' and the fuller-sounding 'Set It Off' and 'Take It Away', both of which have since taken on a whole new feeling in the live arena thanks to Bruce's recent recruitment of a full-time band (although he plays virtually everything on the record).

Vocally, Bruce's eerie falsetto sounds like a fragile variant on David Sylvian's opaque and cracked English, whilst not being a million miles from the melodramatic lullaby of a young Jeff Buckley or even Kevin Rowland's lilted opulence. Musically, though, the influences are less obvious, as the ornate theremin interlude on 'Delicatessen' is reminiscent of Sebastien Tellier's more experimental leanings while 'Out Of Time', with its semi-acoustic melody cascading into a rapturous halo of layered guitars, doesn't sound a million miles away from Showbiz-era Muse, something that Bruce's vocal compliments quite well.

Put simply, there's something here for everyone no matter what part of the hymn sheet you choose to sing from, and more importantly_ The Ties That Bind Us_ could possibly be the most ambitious debut by a British male solo artist this year. As Bruce opines on the luscious 'What Are You Waiting For', "I hope you can see that we've made it."

You are about to, mate. Trust me.