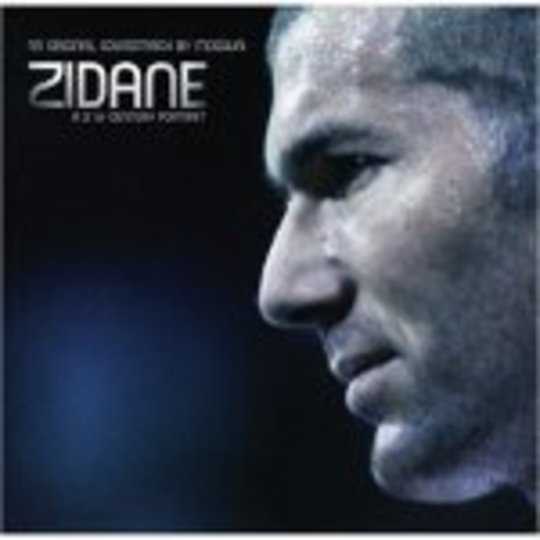 Anyone even remotely familiar with* Mogwai *would surely concur that their introspective, atmospheric oeuvre naturally lends itself to film soundtracking – the only surprise is that it’s taken them so long to get round to doing one. But this project – for a football film co-directed by Scotsman Douglas Gordon – does seem an especially apt vehicle for the Glaswegian advocates of the beautiful game. For those at the back, Bend It Like Beckham this ain’t – this film is the result of 17 cameras focusing solely on the great Zinedine Zidane for the duration of a Real Madrid match. Brought the house down at Cannes, it did.

The timing of the project seems particularly apt for Mogwai, too. Their recent Mr Beast long-player wasn’t a bad album by any means, but it was the sound of a band who have perhaps grown too familiar with themselves and for whom it had all gotten, well, a little too easy. It seems this new challenge, affording their music the freedom to retreat from centre stage, has reignited the inspirational fires.

Yet a cynic could write off much of this record as Mogwai by numbers. For example, opener ‘Black Spider’ ambles along prettily but could easily have been lifted from Come On Die Young. Indeed, that album serves not so much as a reference point for a lot of this disc, but more as a forsaken mistress that the boys are now fleeing back to, open-armed. But it is near impossible to deny these songs’ success in serving their specific purpose – namely, the conjuring up of rich, moody atmospheres. It is in this dialing up of moods – moods which fit the project brilliantly – where the_ Come On Die Young-esque material triumphs. While _‘I Do Have Weapons’ lends itself to beautiful, melancholic contemplation, ‘Terrific Speech 2’ expertly represents the sheer, stark loneliness implicit in having 17 cameras focused on nothing but you for 92 minutes.

Yet, the most loin-girdingly exciting material on this soundtrack comes when structure is sent to the subs’ bench and is replaced by the ’Gwai’s reliable but rarely-used squad player – ambient, droney experimentation. ‘Wake Up And Go Bezerk’ is a gorgeous piece of hazy, strung-out and strangely uplifting melancholia, embellished by acoustic guitar twangs, and with subtle piano notes and gentle feedback fading in and out of the mix, possessing in abundance the gravitas required. Meanwhile, ‘It Would Have Happened Anyway’ is a wonderful marriage of Spacemen 3-style droning FX shot through with the echoes of a football match’s sonic detritus.

Normally it would be perverse to suggest that an album’s highlight is the hidden track at the end, but what lies after the three minutes of silence following ‘Black Spider 2’ is, quite simply, astonishing. It takes off from the blueprint of ‘It Would Have Happened Anyway’, with the occasional referee’s whistle piercing through the ambience, before sonic ebbs and flows zoom in straight from outer space, to be later joined by a hint of funereal organ and a faint but insistently sinister chugging noise. Never mind the trifling matter of a Real Madrid match, if Zidane were to ever find himself cast adrift in deepest, darkest space, alone in his malfunctioning rocket, having lost all means of communicating with mission control, this would be the sound of his ice-cold terror. Circuit boards frazzle and then, finally, in the distance we hear the faintest signs of life, in the form of heavily distorted football commentary. But, 18 minutes into this exhilarating brilliance, there’s still no end in sight. There’s a final five minutes of amp-shredding guitar to come – perhaps the sound a shattered, regretful, inconsolable Zizou reflecting on his World Cup-forfeiting head butt on Marco Materazzi.

This is Mogwai pushing the envelope like they used to, but in a new and more mature way – and this alone is worth the admission fee.

So, the lesson here is that – as they say in football – form is temporary, but class is permanent. This is the sound of Mogwai returning from the physio’s bench, jinking the ball past the last defender and resolutely slotting it into the onion bag.