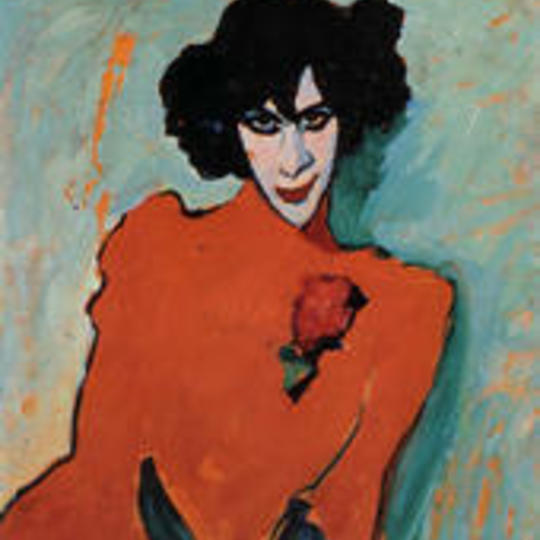 Is too much attention paid to genre and categorisation? Off-the-peg stepping stones make it easy to find something comfy, and then if we're feeling really brave we can dip hesitant toes into other pools, albeit only if the water is of a familiar enough hue. The only drawback is that we are less likely to discover something that really challenges.

Might I introduce Skinny Grin, the new and third LP from the collective known as Acoustic Ladyland. First, we are greeted by a sweet and expertly played piano motif. Hey, that's nice. Nothing controversial there. But then THUNK!!! What the fuck! It's bedlam. It's 'Road Of Bones' and it roars with heavy post-punk and deep, deep bass mischief where the laws of physics are thrown to the wind.

Don't kick against the pricks in a struggle to regain rationality quite yet - you're only one track in. Okay, call it jazzy if you must, but it's only the rinsing of rules into some kind of freeform formation that slots it into that category. Sure, the lead instrument here is often saxophone, and rhythms go where ever they want, but this is not some limp, slack, artsy-fartsy workout. Neither is it undisciplined noise from a band who knows no better. It snaps rules and is as hard as nails. Testosterone and freeform - the most unlikliest of bedfellows.

Okay, time to get linear now. Seb Rochford (also of Polar Bear) plays drums and they are sensitive, underpinning, emphasising, guiding and replete with powerful muscular precision. Pete Wareham is responsible for the sax and takes his leg-ups from Coltrane, Morphine and Hendrix - yeah, I said Hendrix - and isn't too proud to welcome a guest slot from legendary 'No Wave' sax pioneer James Chance on the mesmeric and eviscerating 'Salt Water'. This band are the epitome of disparateness, but as I said at the start: don't go in with presets. The lyrics are eschewed and screwed. Sentient but with a low -level, teeth-gritted, barely contained lunatic desperation, brought to birth by Wareham's wife Maxine. Make sure you duck the arterial spray as it's pure acid. Guest vocalist, Alice Grant, does 'Paris' proud but a chance find on MySpace, Anne Booty, makes 'Cuts and Lies'_ crackle with tongues of rapacious fire to make this the most mind-blowing of the several stand-out tracks.

I discovered Acoustic Ladyland by accident last year, when a mate's band landed the Cardiff support slot. Standing on the merch stall at the back, I completely lost myself to their jagged rhythms, unapologetic avant-avant-guard take on music that's best heard from the inside out. The consumption of this band's output equates less to hearing, assessing and appreciating - it's far more elemental than that. The best plan is to completely disregard this wordy review, struggling as it is within the wrong language of communication. Try instead injesting and digesting their music, and let it grow within you.

This is an astounding album but don't take my cheap words for it.