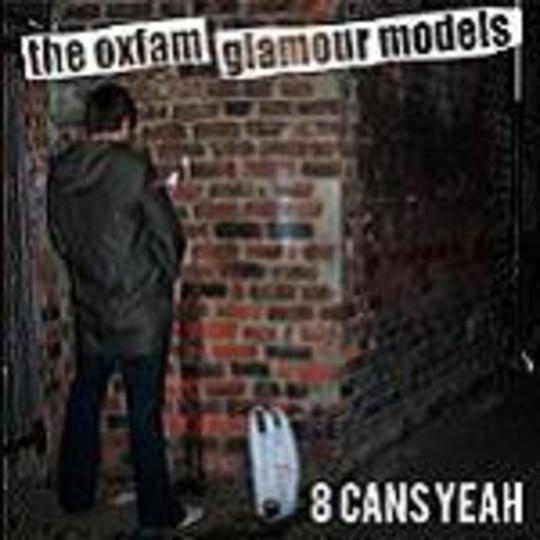 Call me a picky po-faced perfectionist – go on, you wouldn't be the first – but I like my lo-fi art-punk bands to at least pretend to know their way around their instruments. That isn't quite what you get with Oxfam Glamour Models. The five-and-a-half minutes of thrashing, art-punk known as ‘8 Cans Yeah’ and ‘Book Club’, a lo-fi mashup of The Rakes on a bender and Eddie Argos with the rage, has the tendency to make it sound as if OGM are playing together for the first time.

The guitarists are mainly concerned with individual, often mistimed, notes rather than a hefty blanket of chords, sparsely strewn over the disco hi-hats whilst the excitable vocals showcase a faked London twang reminiscent of the early-Eighties punk scene. The end result can sound careless, even to the point where ‘Book Club’ sounds like it was written at a slower pace and speeded up for the recording session. Fingers bounce hurriedly off frets, barely making the required noises, their Fuck Everything enthusiasm extending beyond the songwriting into the actual execution.

It’s messy, but this ramshackle approach to playing music (hit strings hard first, ask questions later) seems to be swiftly becoming the ‘in’ thing with the artiest of scenesters, but that’s the very crowd these Oxfam Glamour Models set out to separate themselves from. Confusing? Nearly as much as the concept of an Oxfam glamour model.

If It Takes You Home