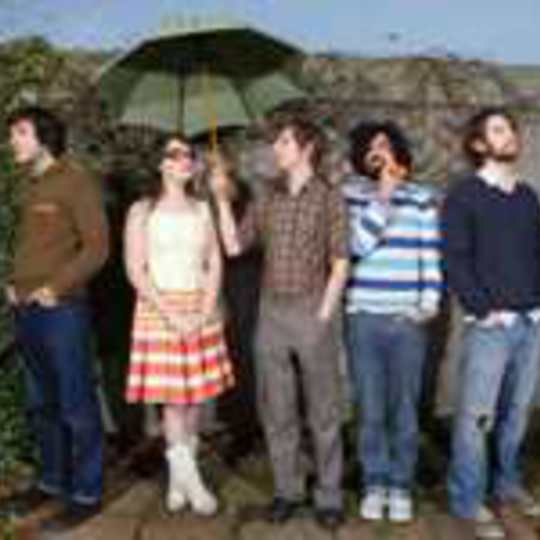 ** Absentee **can do no wrong. There, I said it. Critics and musical connoisseurs alike have been raving about their album, the delicious Schmotime, and_ 'There's a Body in a Car Somewhere' _is the last single to be culled from said long-player.

It's a catchy, upbeat track, creating a beautiful country sound which is filled out discretely with all manner of instrumentation; but it's what lies beneath that makes this song a memorable one. In the _Jackanory _style of country music fables, Absentee craft a tale of twisted bittersweet dark humour and unmentionable horrors. The theme is basically a murderous one, where the mental process of a man who just bumped off his girlfriend is played out for all. This chilling character is captured absolutely perfectly by Dan Michaelson's deep tenor vocal, which is somewhere between Nick Cave and Shane McGowan.

The jaunty and relatively swinging delivery belies the lyrical content of the track, which adds a tantilisingly macabre feel to the record. It's the kind of song your mum could listen and hum along to, until she stopped to listen to the lyrics.

It's backed by 'lullaby-noir',_ 'Rosie'_, a moving and simplistic example of the beautiful tones Absentee are capable of producing; a relaxed meander through pastures serene backed with a melancholic edge.

'There's a Body in a Car Somewhere' _is a dark, sardonic toe-tapper. This contradictive song is summed up with it's own lyrics: _"Should I laugh or should I cry?" And that's exactly what you'll be asking yourself when you hear this song.