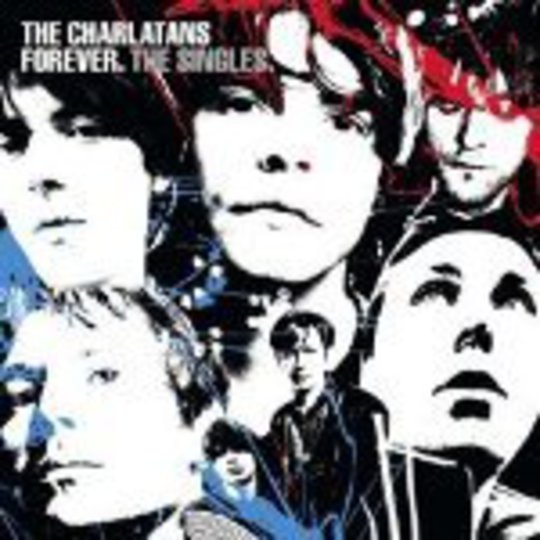 _ Forever_. An apt title for The Charlatans' second compilation album, as it feels like they’ve been, and will continue to be, around forever.

That’s not to say they’ve outstayed their welcome, mind. Far from it. It’s just that they’re one of those indie bands that don’t really inspire you enough to want to truly love them, nor do they compel you to dislike them either. The Charlatans simply do what they do: releasing perfectly reasonable albums with what seems the minimum of fuss.

Forever contains one new single, ‘Blackened Blue Eyes’, and one nearly-new single, a Youth remix of the never-released ‘You’re So Pretty, We’re So Pretty’. Both are included to get the 'core vote out and attract the Christmas shopping throng. It also includes, for the first time on CD,_ ‘Indian Rope’, a proto-‘The Only One I Know’_ that, I assume, must be there for the completist’s sake given that it never made it onto the previous compilation, Melting Pot.

The fact that the album
is the band’s second compilation is a measure of the band’s doggedness in the face of personal tragedy and a fickle UK music market. Following an uncertain period following the demise of the Madchester ‘baggy’ scene, critics would’ve given you given slim odds on the band reaching the milestone of one compilation, let alone two. However, the Britpop era ushered in a renaissance for the band, with tracks like ‘Just When You’re Thinking Things Over’ and ‘North Country Boy’ surprising everyone and exemplifying the band’s new-found maturity that was the making of them as a commercially successful proposition. If nothing else, they were certainly a welcome antidote to the tepid dross produced by their baggy contemporaries, Ocean Colour Scene. This shot in the arm propelled the band on to producing their most consistently strong work of the _Telling Stories _era.

As_ Forever testifies, The Charlatans have continually produced strong, if not earth-shattering material that has kept both the faithful and the fifty-pound-man happy. Perhaps what _Forever says most significantly is that The Charlatans are, in essence, a strong singles-led band. Lest we forget they gave us ‘The Only One I Know’, an amazing slab of '60s Stones-ish psychedelia that has stood the test of time and now remains a true classic that both embraced the zeitgeist and transcended it. For that alone we should be thankful.

Nevertheless, it is to their great credit that, unlike many others of the Madchester period, they managed to successfully match their core sound to the shifting musical trends and have remained an enduring musical force for over a decade now. Whether they continue to do so is debatable on the strength of the latter tracks on Forever, but this should not prevent them taking their deserved place in the canon of great British bands.

The Be Be See