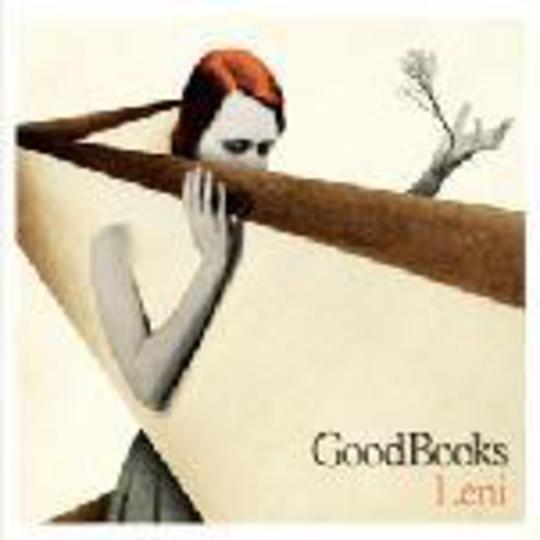 On the evidence of 'Leni', GoodBooks are not much more, really, than your bog-standard indie band. Their latest single floats and twirls along like a wiser Maccabees, when a lack of wisdom is what makes that band so valuable. Singing in riddles, the four-piece fade into the indiest of fey indie-pop that smells like Worcestershire Sauce: cosy, poky pubs and pungent tobacco.

But, there's something there; there's something going on which makes you sus'. It's a bit too quiet, as it were. And so, with that silent, mod-ish subversion, your ears prick up and you start to listen closer. A bass slides squelching across the top of the song, leaving in its wake a thick, damp trail. A xylophone plinks and plonks away somewhere close to silence in the background. Now, that poky inn has gone from being a flagship of familiarity to something unsettling - like a cosy family pub on a comedown. The children are weird. They have tiny brains. The meat's in their mouth but the stomach's unsure. Not the kid's mouths. Did I say that, or just think it? Sit still. Laugh in the right places. Breathe deep and hope no-one notices. My eyes are too busy for my face. Face?

So there you have it: GoodBooks are as sophisticated musically as their felt jackets are sartorially. That xylophone that sounded loud at the outset continues to ring constantly just within earshot like an annoying fucking doorbell. It's the sort of thing to make you restless, to put you on edge. And you can hear it in lead singer Max Cooke's voice, who sounds like he only half understands what's going on behind him.