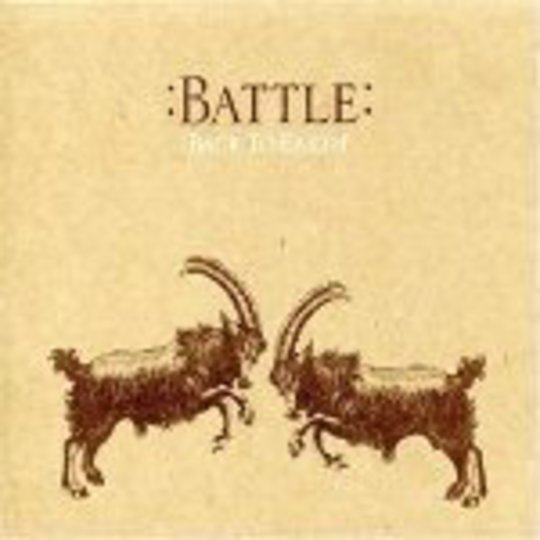 The debut mini-album from hotly-tipped London quartet Battle is a fairly decent effort, but it’s not enough to suggest a long, glittering career might lie ahead.

The problem with Back To Earth is that it’s painfully derivative and, in the final analysis, rather unremarkable. The seven tracks roll by in a 24-minute bluster of tense, energetic guitars and passionate yet melodic vocal lines, but there’s nothing to suggest that any of the songs will persist in the memory, nor, sadly, any indication that Battle have anything more left in the creative tank to offer.

Frontman Jason Bavanandan’s vocals most closely resemble the breathy Englishness of Jarvis Cocker, yet in truth his band sound like a hotchpotch of any number of indie outfits du jour - the influence of Bloc Party in particular looms rather too large. In the main, Bavanandan’s lyrics are pretty uninspired, and for every occasional nice turn of phrase, such as the opening track’s eponymous “wicked owl”, there’s a clanger, such as “I’d never leave the house / Make no mistake, I’d be housebound”.

‘I Never Stopped’ exhibits the potential to have been the best track on the record, with the band attempting to leave behind their established blueprint and submit to all-out pop, but it just never takes off. Final track ‘Easy To Listen To’ is a similarly unsatisfying stab at breaking the mould. Aiming for the big, apocalyptic finish, it rings far too hollow.

At best, Back To Earth suggests that Battle might provide a decent enough 30 minutes of live entertainment, but they’re going to have to up their game considerably if forthcoming debut full-length Break The Banks is not going to quickly consign them to the ranks of indie mediocrity.

Why Not Nothing? / Sweet Brother Malcolm