Lonely At The Top 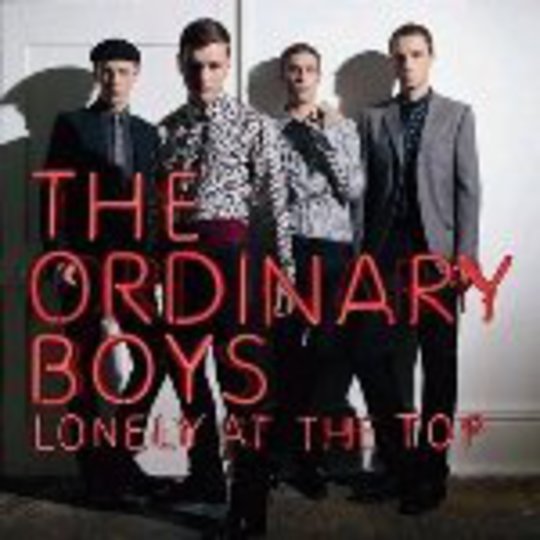 He’s got too much, but he still wants more? Well, wouldn’t you: the band’s bubble’s about to burst, so why not confront your own fifteen, slipping through your fingers like the finest sand, in an attempt to deflect critical attentions away from the obvious. That The Ordinary Boys’ output is so devoid of depth it couldn’t spill over the edge of the thinnest Petri dish; that the band’s singer – we forget his name – is only known to the public en masse because of that show. Ooops! Didn’t work, lads.

‘Lonely At The Top’ is a timely critique of the habitual building-up and knocking-down of those fleetingly in the public eye; those making the very most of their particular fifteen and ensuring that all and sundry are sick of the sight of them come the final countdown. If it were delivered in a fashion other than this superbly over-slick pop-ska, the message might bite down with a little ferocity; as it is, The Ordinary Boys’ attempted blindsiding of those that would dare to dismiss them out of hand only serves to stoke the fires that have been licking at their feet even before Big Brother. This is dross, simple as, and would be regarded as such with or without the furore that preceded it.

He’s got too much, he reckons? With that airhead on his arm and all the charisma of a lolly stick emanating from his face, not to mention the musical value of an empty crisp packet? (It makes a great popping sound once, but after that sole explosion it’s dead and useless.) You’re having a laugh mate – you can get a whole lot more than what you’ve got more by sticking to the value-only brands at your local supermarket. Sure, the main ingredient’s water, but it’s not taste or sustenance that you’re after here, right?

Preston! That’s it! So, what does he do again…?