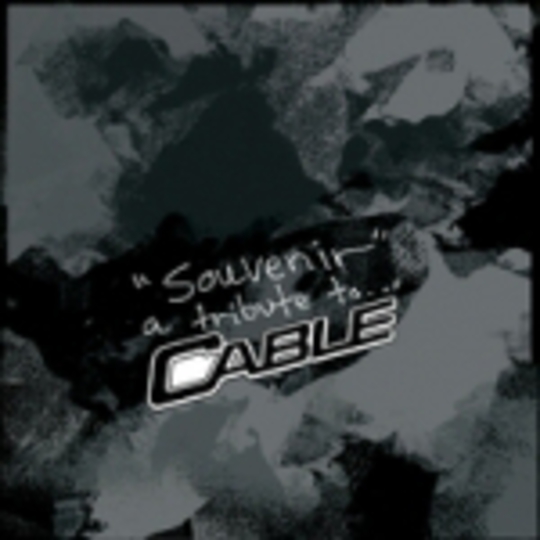 Stop me if I’m preaching to the converted, but tribute albums, on the whole: bit cack, right? Almost always labours of label personnel love, unless the band in question’s a sure-fire money-spinner however manhandled their material is, these collections of well-meant recordings rarely scale the heights originally reached by the band in focus. Granted, the Mark Linkous-helmed Discover Covered brought the work of Daniel Johnston to a wider audience courtesy of reinterpretations by the likes of Beck, Tom Waits and Bright Eyes, but Derby’s long-defunct Cable could never call such artists fans.

Therefore, Souvenir – A Tribute To Cable leans heavily on the hit-and-miss talents of this country’s under-the-radar indie-punk scene: Swound!, Knives and Fixit Kid inject an overdose of adrenaline into the arms of ‘Honolulu’, ‘Signature Tune’ and ‘Oubliette’ respectively, before pouring a spoonful of molten lead down their throats for additional metal effect, but this trio aside many other rock outfits fail to do their chosen compositions absolute justice.

Although Cable’s take on indie rock was never lacking in pop characteristics – the songs of both When Animals Attack and Sub-Lingual, the band’s two proper albums, were whistling-milkman accessible and annoyingly easy to become infected by – the likes of* My Awesome Compilation* and Tom Vek *fail to recognise/recall this, white-washing ‘Blue Birds Are Blue’ and ‘Ultra Violet’ into forgettable blandness. *Get Cape. Wear Cape. Fly has a decent stab at transforming almost-hit ‘Freeze The Atlantic’ into a jerkily stuttering electro-beat slice of laid-back cool, but although his attempt at a genuine reworking of Cable’s most-recognised single is to be commended in principle, its execution is a little limp. His own fans will enjoy it, even if the Cable faithful remain rather underwhelmed.

Better is Tellison’s take on ‘Song 1’: it’s the one song here that’s been successfully smelted down and remoulded, the result actually worth the asking price. A gently chiming, rippling and shimmering affair, the song winds itself around a basic beat, the plaintive vocal disarmingly a million stylistic miles from the Sub-Lingual original. That melancholic oddity aside, though, there’s little here that should come before Cable’s first-time takes in the must-hear stakes.

So, download the contributions by Swound!, Fixit Kid, Knives and Tellison – while you’re at it, wrap your ears around Stapleton’s sweet addressing of ‘Sports Cars And Devil Worship’, too – and leave the rest of these less-than-essential covers well alone. If you’ve not made either of those aforementioned original LPs yours yet, you’re advised to do so – it’s likely this compilation will aid its source material’s commercial cause, albeit only slightly, but the Cable hardcore will find a number of these reappraisals rather unsuitable for their palette.

Souvenir, like next to every tribute record before it, is blighted irreparably by a noticeable level of inconsistency from artists to artist, and as such its complete lack of coherency makes it a for-collectors-only effort, the noted standouts aside.