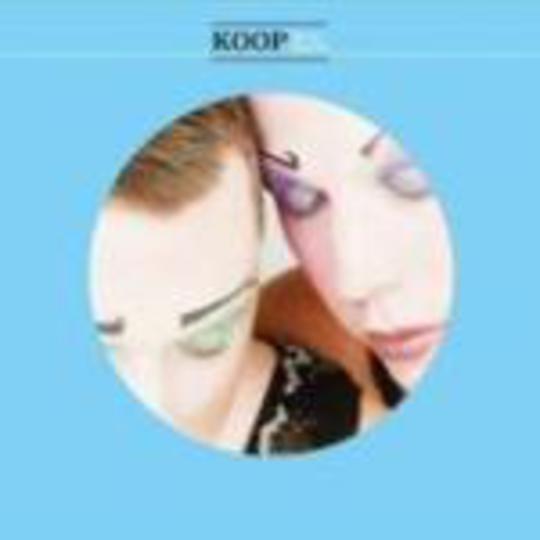 Koop isn't a name I was familiar with before this dropped through my letterbox, and given that the Stockhom-based duo haven't made a record in five years that's not particularly surprising. In any case, back in 2001 this is an LP I probably wouldn't have given the time of day – too relaxed, it would have been, for my semi-teenage ears intent on getting their fix of angry punk or ear-shredding post-rock. That's not to say I'd describe myself as a jazz aficionado these days – far from it – but there's certainly room for music of a calmer disposition in my collection.

But what of Koop? Well, on a superficial level the pair look like they've been taking fashion tips from Antony Hegarty, and in a musical sense they operate a similar distance from the mainstream (well, before the Mercury Prize, perhaps....), but the envelope they choose to push is firmly rooted in jazz. This is perfect Monday morning music, though with a trip-hop(ish) bounce to the bass lines you could imagine the more cunning DJ turning the likes of 'Forces... Darling' into a Saturday night floor-filler.

Long time Koop collaborators Yukumi Nagano and Earl Zinger take up the majority of the vocal duties here, but it's the soulful voice of Norwegian songbird Ane Brun on opener 'Koop Island Blues', reminding the listener slightly of Moloko's Roison Murphy, that steals the show. Elsewhere, 'Beyond The Son' is notable for Zinger's spoken word delivery set against luscious brass and strings – incongruous maybe, but, like the rest of the record, it somehow works. An unexpected treat, then.

Fittest Of The Fittest