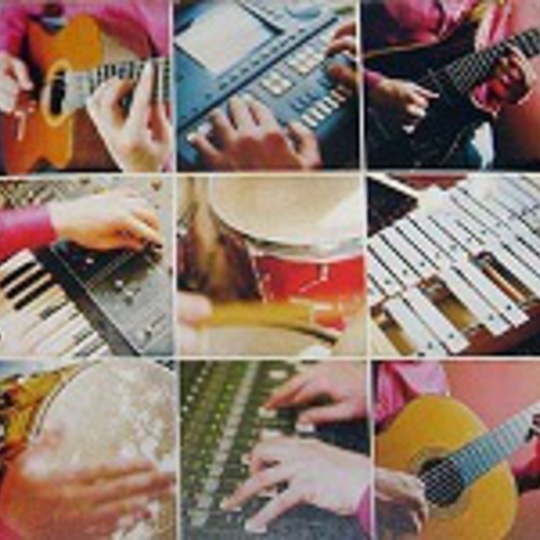 Tom Jenkinson’s brain, like yours or mine, is neatly divided into two halves. On one side, he hears his music, recorded under the guise of Squarepusher, to be glitch-riddled electronica wholly in the traditional Warp vein, beats skittered and speedy; the other side, though, interprets his output as neo-jazz workouts, structurally unbound by genre constraints and technological limitations. Hello Everything is the natural collision of these separate sensory consumptions, and it’s as all-embracing as its title implies.

Jenkinson’s abilities with the bass guitar are showcased magnificently here – Theme From Sprite finds wandering notes underpinned by crisp drumming, beats born of man and skins rather than buttons and circuitry. These particularly organic tracks (‘Circlewave 2’ is another), devoid of squeaks and bleeps, are neat diversions from the expected electro-spawned frazzles and fizzes, but rest rather awkwardly against more propulsive offerings.

‘Bubble Life’ is one track that attempts to strike a balance between the two worlds – acoustic guitar is plucked, its contributions high in the mix, but it’s the underlying crackle of burning wires and black boxes full of tricks and ticks that really catch the listener’s attention; thus, when ‘Planetarium’ arrives, its semi-standard formula – those aforementioned beats and steadily building synthesizer washes – comes as something of a relief. It’s sad to fall back on the conventional when alternative options are readily available, but it is the more obvious moments that comprise Hello Everything’s highlights.

Of course, Jenkinson is renowned as an adventurous musician, and Hello Everything certainly backs up any critical opinion professing as much. But, this album’s lack of solid punch and maintained velocity sees certain tracks slide into background noise territory. Granted, nothing approaches the dreaded elevator music status, but by committing so very much, style-wise, to the same disc Jenkinson has rather soured his usually so satisfying milk.

Aficionados will find much to love across the twelve tracks of Hello Everything, but newcomers to this well-established and rightly-acclaimed purveyor of fine electronica sounds may wish to begin their adventure into vibrant musical territories elsewhere. Perhaps Go Plastic? It’s a fine starting point.

This, though, might just be too scatterbrained for its own good…

So This Is Great Britain?