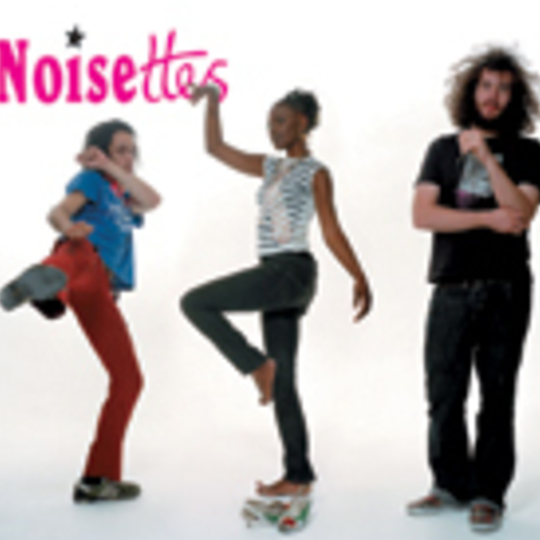 A few brows slipped into a state of puzzlement and heads were scratched in earnest when London-based trio The Noisettes blagged their way – by fair means or foul – onto the massive Muse tour rolling around Europe this winter. Based on previous form, the Shingai Shoniwa-fronted outfit – admittedly, that’s the best lead-singer name ever – lacked the credentials to play second fiddle to such an awe-inspiring stadium-sized band. But ‘Don’t Give Up’ might just put the doubters to rest.

A snarling and scratching two-something minutes of hyperactive riffs and banshee wails, topped with a rollicking cock-rock solo, ‘Don’t Give Up’ is feel-good old-school r‘n’b, a la the Stones rather than some R Kelly impressionist. It’s jumpy and catchy, toe-tappingly insistent and blessed by some truly The Ace vocals that ripple and rise as if possessing angel wings. The aforementioned mistress of the unpronounceable nomenclature has a pair of lungs on her to rival any of those hideous pop divas who’re all about ‘the voice’. She’d out-bellow that annoying Anastacia bint any time of the day, as well as any one of her irritating ilk. Heck, even Beth Ditto should keep one eye over her shoulder.

Over almost as soon as it’s begun, ‘Don’t Give Up’ is a quick-fix taster for the group’s forthcoming What’s The Time Mr Wolf? long-player. It’s acerbically athletic pop-rock done incredibly well, and if it’s a sign of what’s to come on the album, it’s only fair to begin strapping on your dancing shoes now.

Those Muse fans have never had it so good.