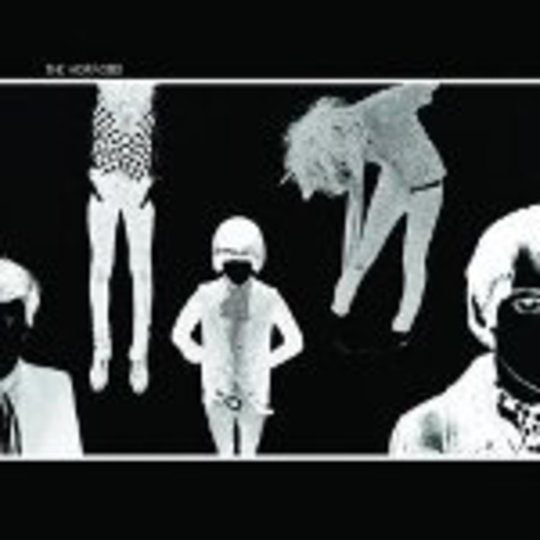 What is it about The Horrors that really gets your back up?

Is it the fact that they look like they've been dressed and made-up by Cruella DeVille's stylist? Maybe it's because their entire repertoire doesn't last as long as the intros to some Mogwai songs? Or is it that you knew all about the band before hearing a note of their music? I'll bet your real gripe though is the fact that they're out there, playing at being a real band, while you're sat at work twiddling your thumbs and making your boss another latte.

You see, if I was sixteen again, I'd be going nuts for something like this, particularly so in the current climate of market-orientated alternative music like The Kooks, The Feeling and Razorlight. For that reason alone, The Horrors are as important as anything else you care to mention at this moment in time: 'Count In Fives' is loud, fast, sharp and exciting, if not exactly new - you can find this sort of thing on any retrospective Pebbles _or Nuggets _compilation of the last 40 years - yet at the same time there's no one else out there making a similar racket, or indeed impact, in such a short space of time.

My real gripe though with this record - and The Horrors' output in general for that matter - is that it's a bit like taking that first sip of your sister's cranberry-flavoured VK Ice, or that first dab of low-base speed. The buzz lasts for about twelve hours, but when you wake up with your senses fully cleared you realise that you want something better, stronger and more substantial.