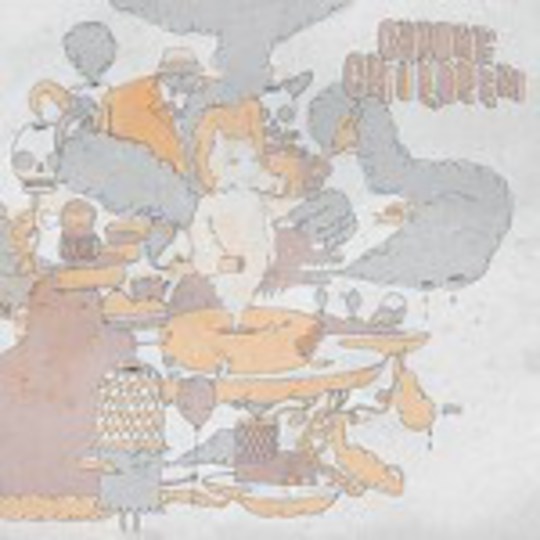 The second Stones Throw compilation of 2006, following their Ten Years release in July, Chrome Children is another collection of some of the oddest hip-hoppers doing their left-of-centre thing in anti-fashion stances, each sounding more vital in five-or-so minutes than many mainstream rappers manage to across entire careers.

While not as essential, nor as complete a picture of the label in question, as its various-artists predecessor, Chrome Children comprises a neat companion piece to Ten Years; it showcases the production talents of Madlib and the late J Dilla excellently, plus the pair contribute exclusive tracks to the nineteen on offer here. If Ten Years was your foot in the door, your first taster of a label to whom the word ‘no’ doesn’t figure when it comes to releasing whatever they please, then this is a near-necessary second investment.

Assembled by label head* Peanut Butter Wolf*, Chrome Children’s highlights are scattered, but the brightest tracks shine blindingly brilliant. Roc C’s ‘Movin’’ is among the most immediate offerings, Oh No’s production slick and head-noddingly satisfying, and Dudley Perkins’ ‘Wassup World?’ is a swaggering three-twenty-seven of semi-slurred slow-motion raps alerting the comatose to the problems brewing about them. Madlib’s ‘Take It Back’ is a typically erratic slice of avant-rap that draws next to no parallels with any other artist/s – if you’re yet to have your spidery senses tickled by Mr Otis Jackson Jr, you’re in for a real treat. Also worth many a repeat play are Aloe Blanco’s dreamy ‘What Now’ and Baron Zen’s futuristic bump-and-grinder ‘Turned Around’.

The absolute standout contribution, though, comes from J Dilla – his ‘Nothing Like This’ is a spectral beatscape, the starry spread of which is gently punched through by simple lyrics that nevertheless convey real feeling. Former Slum Village member Jay Dee, as Dilla was also known as, died back in February of this year – he’s sure to attract further fans to his recommended catalogue of material thanks to one-off selections like this.

As a bonus for your bucks, this mix comes accompanied by a full-length DVD of a Madvillain (Madlib and MF DOOM) gig, shot in Austin, Texas. Joining the headline pair is a wealth of talents appearing on the CD, so be sure to put a few faces to the names you’re likely to become a brand new fan of after a few visitations from these Chrome Children.