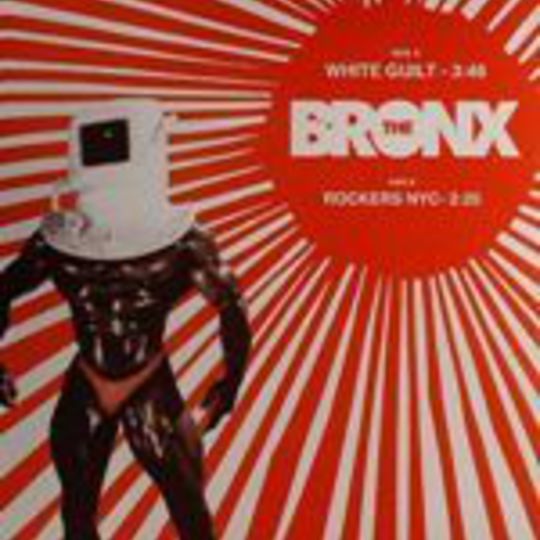 Mondays are Okay. I can deal with Mondays. The weekend is still fresh in your mind and you’ve caught up on sleep, or got none at all depending on how brilliant a time you had. But Tuesdays are another matter, when your days off are a fading memory and you arrive bleary-eyed in the morning with 80 per cent of your working week still looming.

My Tuesday is this week being made even worse by The Bronx, whose ‘White Guilt’ sees them abandon any punk roots they once had and join a number of acts currently trying to revive the American soft-rock genre. Vocalist Matt Caughthran howls and gurns throatily in the classic eighties mould, each of his tortured words practically indecipherable once mixed with guitars which themselves were probably recorded using amps whose settings haven't been changed in the past twenty years. It seems the song structure hasn’t been altered since then, either. The lone opening guitar is predictably joined after four bars by drums and the sliding country-tinged notes of the lead guitar for four more, before the vocals join the party and the whole song kicks in precisely where chapter three of _Journey’s Guide To Writing Songs In 1981_ says it should.

Nothing here displays either the vitality or originality of The Bronx's earlier material, and the disappointment generated from listening to ‘White Guilt’ might be likened to finding out your lifelong rolemodel secretly assaults _Big Issue_ vendors down alleyways in Hull. A poor career move for a once promising outfit.

Let's Call It Off