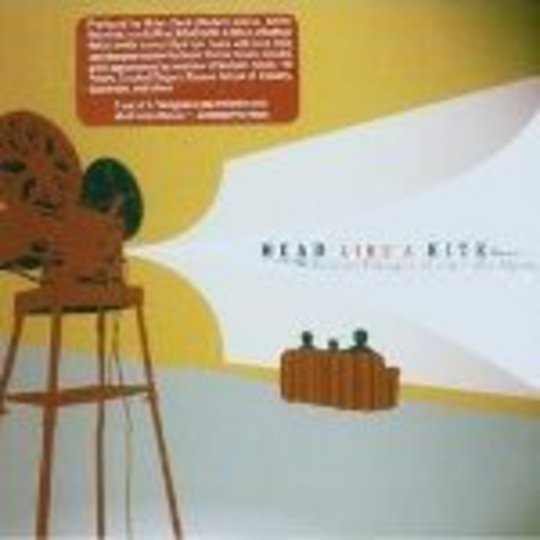 Ever heard of the American quartet Sushirobo? Nah, me neither, but guitarist with said band, Dave Einmo, has decided to go solo under the guise of Head Like A Kite, a project which combines searing pop with samples from old Super 8 movies, a concept which leads the album through its good and bad patches. Of course, he’s not alone in the creation of his epic trip-hop opus; members of Smoosh and Kinski join Einmo during Random Portraits Of The Home Movie’s length, and that's about the album's only saving grace.

Dave Einmo draws from a large number of genres for Head Like A Kite: trip-hop, electronica and - to a lesser extent - punk. Opener ‘Words Of A Friend’ sets the score for the album, which fuses soundscape-like rock in the vein of Secret Machines with blasts of electronics and sickly production techniques. It sounds very nice, clean-cut and impressive, but ultimately heartless. Where’s the passion? Where’s the drive, or the elusive hook? Lost under the swathe of pointless sounds and overblown production, I suspect.

Random Portraits Of The Home Movie is a fantastic idea: to create epic trip-hop with samples from old Super 8 movies. Sadly, Einmo doesn’t utilise the ideas to their full potential, instead re-treading the same steps taken at the start of the record. Asya from Smoosh manages to spice up things with her distinctive vocal styling on ‘Noisy At The Circus’, but there isn’t much else that reconciles the record’s lasting mediocrity. Dave Einmo needs to figure out a sense of direction before his nicely formed collection of sounds can become, at the least, listenable.

One Eye On The Banquet