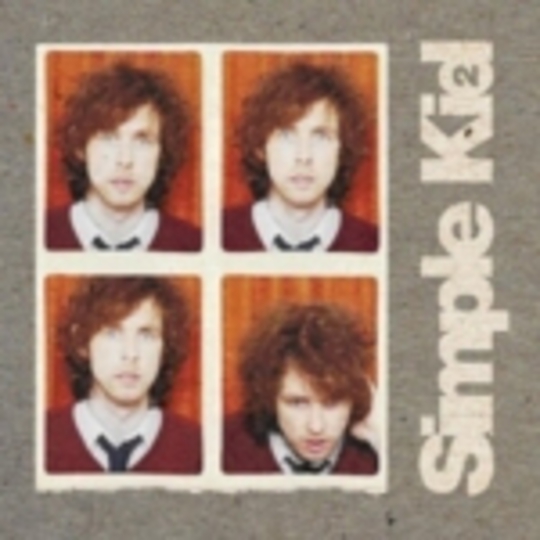 Almost before I’ve even pressed play, part of me wants to adore Simple Kid’s second album. Perhaps it’s the charming self-penned sleeve notes, or maybe it's just down to relief that Simp' is making music again. It looked for all the world like there would be no follow-up to his 2003 debut, SK1, after he quit the music business to escape its pressures and take up a job in his local video shop.

But maybe, just maybe, my desire for him to find greater success this time around stems from me always siding with the underdog, the one who shuns the limelight and the production trickery of the top-flight acts in favour of the lo-fi sound of self-produced, scuzzy recordings. Someone who wants so obviously to keep things simple, from his moniker right down to the way he names his albums. Someone not afraid to occasionally leave the imperfect takes in, and who has no desire for a glossy finished product - after all, when your album’s master tapes are sometimes just the result of you, one guitar and a microphone, why strive for perfection?

Simple Kid 2 is all of these things. It doesn’t get up in your face demanding your attention, nor does it wow you with dynamics. Instead, it opts for a soft ad warm sound, relaxed in its musical vibe and as instantly familiar as your favourite worn-in shoes, although perhaps that familiarity is more down to the numerous influences on display, or similarities to the work of other artists. As with SK1, the most prominent of these is Beck, from the reclined, lazy, Odelay-like arrangements to the ‘Loser’-esque slide guitar of songs like ‘Self Helf Book’.

With its instrumental roots fixed firmly in ramshackle indie-country – there’s even a shade of ...Urban Bohemia era Dandy Warhols in there somewhere – the actual songs themselves initially lean towards the kooky pop of Super Furry Animals, with the “beep beep!”s of ‘The TwentySomething’ as tongue-in-cheek as Gorky’s Zygotic Mynci’s ‘Poodle Rockin’’. Probe a little deeper though, beyond SK2's carefree sound and the nod to Talking Heads, and you'll discover a handful of more serious moments. Recent single 'Serotonin''s majestic opening descends into a dark, brooding tale of self analysis and self doubt that Ed Harcourt would be proud of, heading a sequence of songs much more personal then the album's bubbly beginnings, until by the closing track 'Love's An Enigma (pt II)', Simp's comfortable enough to pour his ideal lover's qualities onto tape.

Highly personal in places, but nearly cross-eyed with barmy joy in others, Simple Kid 2 is a good listen, even if its similarity to other acts can sometimes threaten to obscure your view of how talented Simple Kid actually is. It might not be as astounding as this reviewer initially hoped, but that's not to say it won't play your heartstrings affectionately until you surrender. It's the simple things that make life worth living, after all.