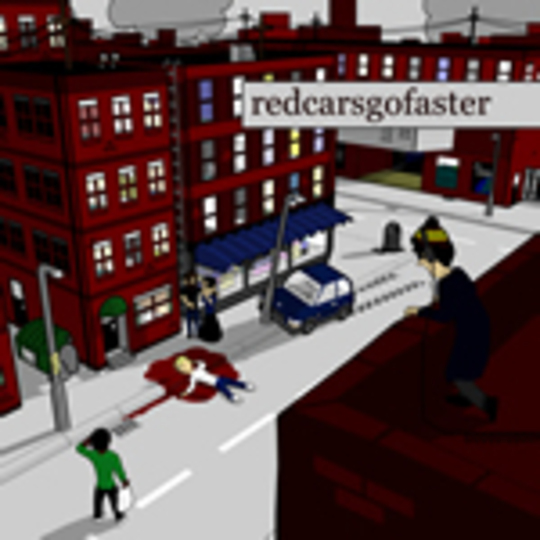 Some bands revel in restraint, not letting their charms be revealed for many minutes or until repeated listens. When done correctly the joy derided from the anticipation of the 'big moment' in any song using a quiet-LOUD-quiet structure can measure that of when the velocity escalates. Of course when the wait is too long, no matter how big the rewards, it can just be a dampener.

Which is what happens with redcarsgofaster's latest double A-side, '24 Passes/House Of Flies. Both songs fade in pleasingly with weaving, delay-cleansed guitars and soothing vocals in a similar fashion to Bloc Party's 'Two More Years', but they settle too quickly, laying back for several minutes instead of pushing onwards.

A shame, as the epileptic drums of '24 Passes''s bridge and the closing wall of noise in_ 'House Of Flies' _show that when redcarsgofaster muster the energy to break out of their cocoon they are almost infinitely more enticing.

It's obvious that redcarsgofaster are aiming above the typical dance-rock formula of velocity and instant hooks over gripping songwriting, but it seems they don't have ideas strong enough to hold up when the revs aren't pushed to the max. Slow burning is all well and good, but there has to be enough fuel for the fire; here, the Leicester-based six-piece fail to deliver.