Hole In The Earth 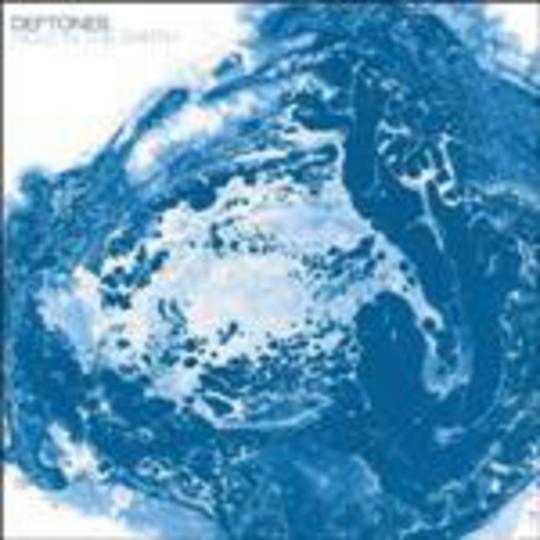 Ten seconds is all it takes. By then, you’re hooked – sucked in, tumbled about by huge drums, already dizzied and sore; what follows is pleasure and pain pricking at your senses, delectable and deeply gratifying.

‘Hole In The Earth’ marks Deftones’ return in the best way possible: it’s immediately recognisable as being the work of its makers – there are certain trademarks, developed over a decade-long (plus) career, that instantaneously make an impression – and yet seems more expansive and exploratory than any of the five-piece’s work since their creative high water mark, White Pony.

The song’s a perfect lead single: it captures in four minutes so many of the multitude of facets that so wonderfully pepper its parent album, the highly-recommended Saturday Night Wrist. Riffs are absolutely on the heavy side, the drumming is crisp and unrelenting in its guidance of the song’s direction (which twists and turns throughout), and Chino Moreno’s vocal performance is faultless. ‘Hole In The Earth’ may not find the frontman screaming his bloody heart out, but his ‘proper’ singing has quite obviously improved since the band’s self-titled album of 2003.

The joyous whoops, too, are a great addition to the song – they echo the excellence of Brit-rockers Hundred Reasons’ ‘Remmus’, and stir a feeling within the listener that Deftones are having fun again. Something of a turn up for the books, that, considering the rocky relationships within the group that have been left to simmer over the past couple of years – let us not forget that Saturday Night Wrist could so easily have never been finished. There was a point where Moreno was all but ‘out’ of the band, if recent rock press articles are to be believed.

One of the few acts lumped into the nu-metal scene in the ‘90s to have maintained a degree of credibility throughout their album-releasing lifetime, Deftones have again showed with ‘Hole In The Earth’ that their creative fires burn so very brighter than all of their that pigeonhole peers. Whether they ever were truly a nu-metal outfit is something that only the individual can determine; what’s a complete certainty, though, is that regardless of sub-genre shoehorning, Deftones are a fantastic _rock _band. That much is smack-yourself-silly obvious after those aforementioned ten.

Count along, why don’t you… just be sure you’re nowhere near anything easily breakable come the moment those truly massive drums kick in.