In The Absence Of Truth 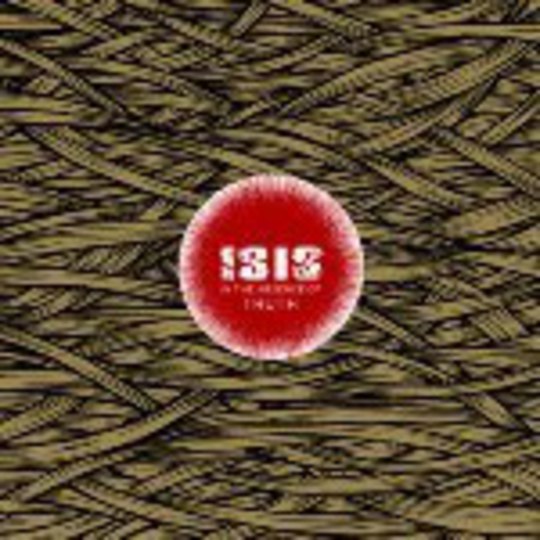 What does Isis mean to you, today?

If your mind is still rattling to the deep growls and rumbling terror of the Celestial album, then you’re only six years out of date; enjoy the various natural disasters yet to ravage the planet. A tip: don’t go away for Christmas in four years. If you’re still so in awe of the quintet’s head-spinning Oceanic album that you can’t hear beyond its career-assuring and genre-twisting glory, then fantastic because we are too – it only made number five in Our 66, that’s all. However, the Isis of today are far from the Isis of 2002, let alone the Isis of 2004 and their third long-player, the gracefully grinding Panopticon. Today’s Isis are wise, matured, composed, accomplished, visionary, all of these things and more. Just don’t be calling them mellow.

As certain critics have, sadly and wrongly, concluded just that: that the California-based metal outfit’s latest is a decidedly more sombre affair than its predecessors; a slower album, with greater emphasis on soft, post-rock-indebted arrangements and little attention afforded the way of the rock. Reviewers on these shores and overseas have leapt blindly to the reasoning that, because formerly Devil-voiced singer Aaron Turner doesn’t open In The Absence Of Truth with a beastly bellow on the curtain-raising ‘Wrists Of Kings’, the entire album is characterised by such a reluctance to spill forth a roar of rage and power. Oh, how wayward their pens have been, how inaccurate their quick-listen summaries and hundred-word assessments: Isis rock sufficiently hard in 2006, as beautifully as they ever have. It’s just that today they render their wondrously sluggish, sludge-wading metal in a more aesthetically pleasing manner. Gone for good are the sheets of wailing noise, replaced by textural pieces that flex and fold, as if malleable in the listener’s hands.

‘Wrists Of Kings’ is temporarily disarming, as Turner does open album proceedings with the cleanest vocals ever heard on any Isis album; but the waves of steadily-built noise roll in soon enough, as the song tightens its muscles, and its grip on attentions, around the six-minute mark. And then the bellow comes; the façade of approachability and instantaneous accessibility for the uninitiated slips and Turner blasts from his lungs the thunderous goods fans old and new alike repeatedly flock to hear. As with Isis’ past two long-players though, there is a tenderness, a kindness, to Turners vocals, even at their coarsest: this isn’t fuelled by hate but by love, it’s only that its articulation is only comfortable one way.

The churning ‘Not In Rivers, But In Drops’ is the first true indication of how the band have evolved, even since Panopticon; although certain guitar tones are recognisable from the five-piece’s last foray into long-play realms, there’s an exploratory vein that runs the song’s length, an obvious echo of an intention to send the piece spiralling into entirely uncharted waters, that underpins any predictability with a genuine uncertainty that keeps the listener guessing. As tones and pitches rise and fall and riffs are carefully coerced from guitars seemingly desperate to be amplified to way beyond eleven, Isis’ neat line in subtleties becomes apparent. There are many, many layers to this song and those around it, and only with true investment of time and considered attention do they all reveal their colours. ‘Dulcinea’ continues this complex layering, the song comprised of a variety of sections and chapters, overlaid and left to lie far apart. As it climaxes, the sensory overload is unsettlingly sudden and spine tingling.

Electronics have been allowed space to expose themselves here, too; the penultimate ‘Firdoms E Bareen’ relies much on Cliff Meyer’s sculpting of inorganic sounds. Indeed, if In The Absence Of Truth is characterised by anything then it isn’t an alleged mellowing but a successful attempt to make the non-guitar-spawned sounds more obvious in the mix; at times it is these spectral, icy tones that guide the songs to their conclusions. The other notable difference between this and Panopticon, in simple set-up terms, is drummer Aaron Harris’ double kick. Whether it enhances or detracts from the Isis experience is dependant upon listeners’ individual tastes – to these ears the approach works well a number of times but seems a little over the top at others, and it might be a shame, in a sense, to have the additional bombast loaned to older songs during the band’s live performances.

Closer ‘Gardens Of Light’ successfully pulls together many facets found across the album’s entirety, seeing the listener home with a flourish. Turner returns to his primal screams and the band around him dally with delicious ambience and pulverising percussion; the riffs are astronomical, sure to have even the casual fan seeing stars through closed eyes. As its final aftershocks subside, stinging guitar ringing in the ears, a calmness descends that somehow has everything in the environment about the listener looking that little bit brighter. Or, I simply turned the light on during this paragraph.

Is In The Absence Of Truth a classic in the style of its immediate two predecessors? No, probably not, although that’s simply because both Oceanic and Panopticon were introductory albums for many an Isis fan; this record is released to an already existing and incredibly expectant audience, and it’s because of those expectations that certain critiques of In The Absence Of Truth have overlooked its forward-thinking vibe and many areas of progression. To stand still is to stagnate, and the band recognise this. They’ve pushed themselves on this album, striving to achieve something honestly different to what was released before it. Occasionally they’ve fallen short of perfection, but for the most part this album is a certifiable success.

So what does Isis mean to you, today? If it’s pigeonhole-destroying progressive-metal soundscapes balancing terrifying horror and spectacular gorgeousness, then make In The Absence Of Truth yours post haste. The slow-learners at the back can continue with their inter-band elitism.