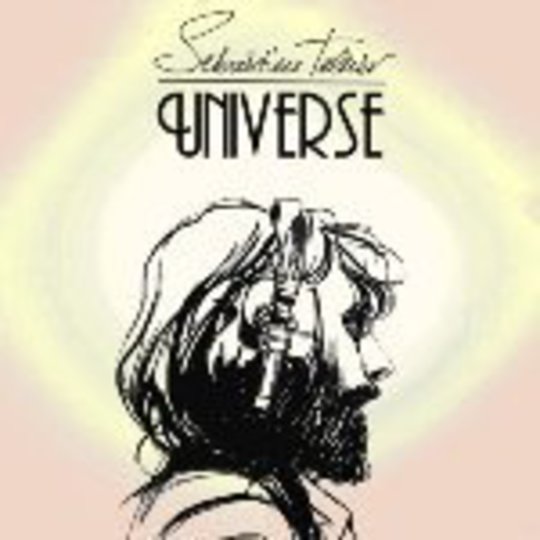 I’ll admit it: I know very little about music originating from France. I doubt many of us do, past the avant-garde musings of Camille, dance troupe Daft Punk or thrash quartet Gojira. However, you might want to get acquainted with France’s most-recent export – the proclaimed king of French pop, Sebastien Tellier.

Universe, a UK-only release, compiles songs from Tellier’s Sessions album with tracks from his work on the film Narco. Being an album predominately made up of sessions, though, you can expect as much filler as you can killer. Which is a shame, because Sebastien Tellier has woven moments of brilliance on his previous two records – flawlessly bringing together overblown pop with subtle string arrangements.

The much-hyped ‘ La Ritournelle’ is featured twice on the album, but only one version of the song is worth a listen. The first comes in the form of a remix courtesy of Mr.Dan, while the other is the rather inferior original. Gracefully driven by Sebastien Tellier’s manipulated vocals, the remix stands to be seen as a modern classic, thankful to the lush, orchestrated backing set against a warm bed of infectious rhythms. The original - a slow, cinematic-pop waltz – barely reaches the grand heights scaled by Mr.Dan’s remix, and serves only as a showcase of how a remix can outdo the prototype. Elsewhere, tracks like ‘Fantino’ and ‘La Ballade Du Georges’ are nice enough for a couple of listens, but don’t really make an impact, which is a major problem for a large segment of tracks on the record.

Sadly, Tellier’s songs hint at something much bigger than what’s delivered. Although there’s no doubting these songs are played out with a certain charm and finesse, not once does he set alight the fires of creativity, nor are there moments where the heart skips a beat as you bathe in the waters of musical warmth. Perhaps it’s an album best listened to by the fire with your feet up, not during the demanding 30 minute traverse to work each day. Approach with caution, or just stick on the ‘La Ritournelle’ remixes and Tellier's previous records.