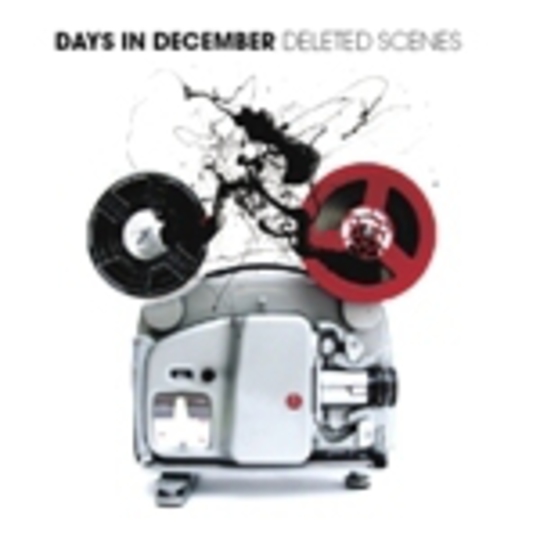 Is it just me, or does the whole scream until your lungs burst while your guitarist plays Iron Maiden riffs from 1981 thing just sound so dated. Not in a retro kind of way, but more in a been there, done that, got better things to do with my raison d'ètre.

Days In December peddle the same kind of fare that Funeral For A Friend, Breed 77 and a million others have done to death since about 2001 when, quite frankly, there wasn't an awful lot else around to get in a lather about. They don't do it badly, but at the same time it's hardly gonna break new barriers unless the latest My Chemical Romance single is your idea of revolutionary.

At five songs in all, (and possibly three too many at that), the Deleted Scenes EP would go down a treat in the basement room at Rock City on a Thursday night, where those with a Papa Roach fixation hangover still like to hang out. The rest of us, though, have moved on. Now it's time for Days In December to do the same, but please tell shouty bloke to stop doing his Satan impression or he can stay behind with the rest of the losers.

The Year Of The Leopard