The Year Of The Leopard 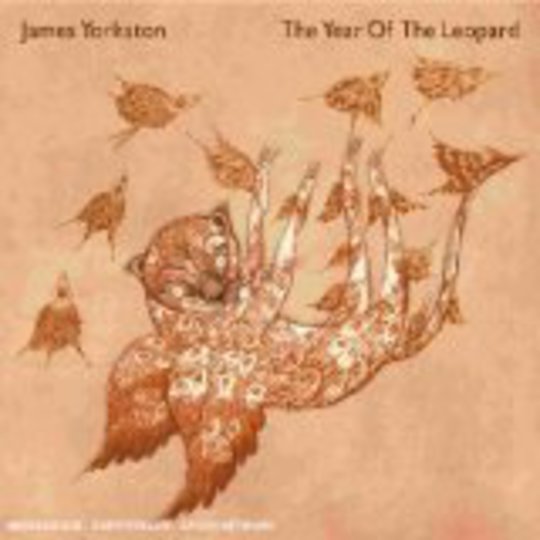 In one of their reviews for a ‘Touch & Go Top 25’ feature, Pitchfork dubbed Nina Nastasia’s The Blackened Air “something rare: a folk record where you don’t know what’s coming next”. I suppose that’s fair - after all that’s what folk in it’s simplest form is, just one person with an unplugged guitar; even John Fahey, one of the genre’s great experimental figures, structured many of his songs around a kind of hypnotic repetition – it was hugely inventive, but you still knew what was coming next, more or less. Nevertheless it throws up an interesting thought: can it really be that hard to do something unexpected with a folk album? And does it matter when said album doesn’t?

These seem to be questions on James Yorkston’s mind. The Scottish singer-songwriter has thoroughly ploughed his distinctive furrow on two previous albums of delicate acoustica. The press release accompanying The Year of the Leopard declares Yorkston to be an artist “displaced from musical categorisation” in lieu of Scott Walker, Karren Dalton or Jaques Briel. However, in reality, even with the production of Rustin Man (a.k.a. Talk Talk’s Paul Webb), previously credited with giving Beth Gibbon’s solo effort a spartan fragility, this is still very much a James Yorkston album, albeit with a bit more sheen. Like a less earnest Adem, Yorkston’s voice is red-wine warm and perfectly at ease with itself, filling each track to the brim with understated honesty.

I can’t imagine this album existing outside the realm of late summer/early autumn, so perfectly suited is the tone to this time of year. The Year Of The Leopard begins with ‘Summer Song’, a quiet symphony of woozy guitars ushering in Yorkston’s hushed half-whisper, while on the title track he calmly, with the merest hint of vulnerability, intones: “You could have made my summer / I should have leapt upon you.” On the song that most notably stands apart from his previous work, ‘Woozy With Cider’, Yorkston recites a day-dreamy thought process over the top of a gentle electronic beat. As out of place as this may have sounded on his last records, the monologue is still typical Yorkston, sincere and self-deprecating: “I think I can be honest in presuming the world is not exactly going to be leaping out of its bed to make me rich, using my songs in adverts, selling oranges or lemons.”

Of course, most successful folk acts nowadays do seem to find themselves on adverts, but (as he seems to be aware) Yorkston’s songs are too idiosyncratic to be used as generalised background music. In this sense, perhaps he could be loosely associated with Dalton or Briel, but in truth Yorkston’s character isn’t singular or overbearing enough to give him the weight of a great innovator like Scott Walker, someone genuinely genre-less.

What makes James Yorkston special is his attention to detail: on closing track ‘Us Late Travellers’ he describes how a cat “slept upon my chest / she rose and she fell with my breathing / like a seabird riding a wave”. The album does occasionally shift in tone, becoming less upbeat as it goes on – ‘Don’t Let Me Down’, with its strings and drawn out vocals, has a darkness to it that elsewhere exists as a kind of reflective semi-melancholy. Nevertheless, more often than not it’s pretty easy to guess what’s coming next on The Year Of The Leopard, but that doesn’t once distract from the underplayed elegance of an album more sparkler than firework.