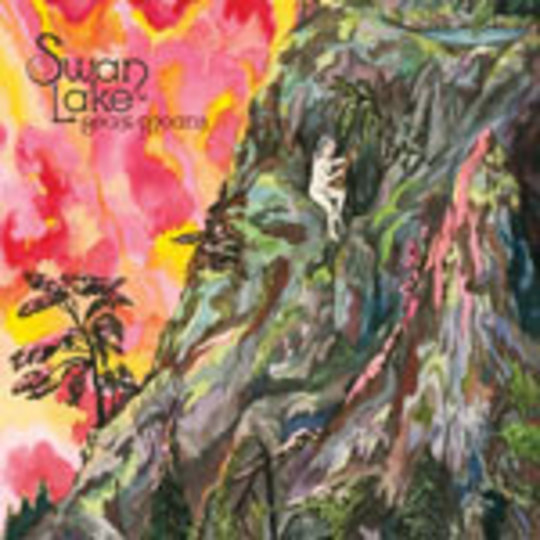 Someone must have spiked Canada’s drink at the turn of the millennium. A country that at one time or another brought us the MOR stylings of Bryan Adams and Shania Twain, the past six years has seen Canada witness the rise of groups like Arcade Fire and Broken Social Scene. Frequently sharing members and songwriters like some incredibly incestuous yet talented family, these bands have garnered international attention based on an ability to write brilliant indie rock and collaborate in a fashion that has proven oddly productive.

Enter Swan Lake, another Canadian super-group featuring Spencer Krug of Wolf Parade/Sunset Rubdown, Carey Mercer of Frog Eyes and Daniel Bejar of Destroyer/The New Pornographers; three men who have written individual albums that will rightfully be marked as high points in the new wave of Canadian rock for years to come. On paper this mighty triumvirate should be a sure thing; one talented songwriter plus two more talented song writers will, in theory, equal a musical winner. But with the release of Beast Moans, their debut LP, the sums just don’t add up.

Beast Moans suffers from one weakness: the three members apparently forgot to stop and listen to each other before forging ahead with their own ideas. Like a school yard full of melancholic pop tunes partaking in a massive lunchtime rumble (which in itself sounds far better than it actually is), the end result is a shambolic din that periodically allows a moment of cohesive beauty to escape before being dragged back under waves of layered noise that equal a half-hearted attempt at weak experimentation.

'Petersburg, Liberty Theatre 1914' starts slowly, with a sustained organ note that’s quickly followed by the disjointed singing all three men have become known for; but instead of developing into an epic moment, it devolves into a fragment of a song that’s blatantly been mucked around with by a few mates on a weekend away.

It’s only on tracks such as 'All Fires' and 'Are You Swimming in Her Pools?' that the band appear to finally grasp how restraint can actually strengthen a song, and draw the listener into an insular musical world. It’s a shame they failed to remember this on the remaining tracks.

What could have possibly been an album of the year is, sadly, nothing more then a footnote in the discography of three gifted individuals.