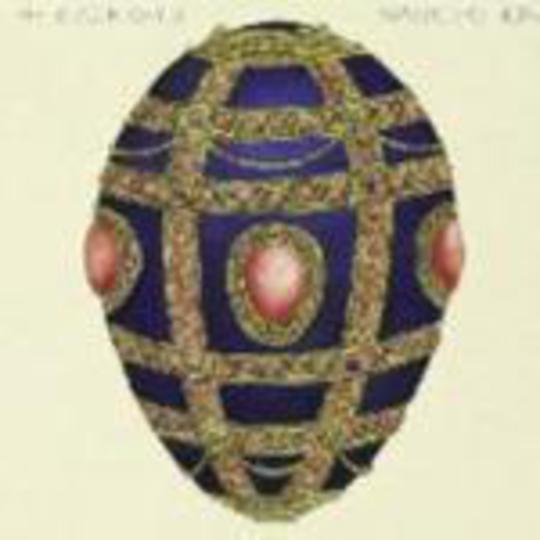 Focus: that’s the element that seems to be missing from The Black Keys’ latest long-player, their fourth album in all. The blues-rockin’ riffs, courtesy of Dan Auerbach, are present and correct, and Patrick Carney’s drums are rarely less than suitably bombastic, but Magic Potion suffers, rather, from alarming dips in concentration. For every romper-stomper of a four-minute fuzz-soaked foot-stamper, there’s a meandering exercise in mediocrity just around the metaphysical bend.

Opener ‘Just Got To Be’ sets an impressive tone: the listener can picture Auerbach leaning back, arching his spine, as he pummels heavy-duty riffs from his instrument of choice. His voice, soaked in soul and spirit (by which we mean liquor, obviously), is the perfect accompaniment to music like this: with raw instrumentation must come vocals from a boozy backwater only discovered by city folk sometime at the end of the last decade, at the very earliest, and Auerbach never disappoints on this particular front. But, well... there _is_ always a ‘but’ where albums that don’t wholly grab their audience are concerned.

If Magic Potion was a six-track EP, featuring the aforementioned accompanied by ‘Your Touch’ and ‘Just A Little Heat’, to name but a pair of standouts, then we’d be in business: accolades would come the duo’s way easily, and DiS would be in no position to disagree with the acclaim such a brief, such a focused, collection would attract. But the slumps that pepper this eleven-tracker leave an unwelcome taste in the mouth, an irritating resonance in the ears. ‘You’re The One’ is such a song: although it represents the band’s softer side, compositionally, it also bores this listener’s opinion into a state of absolute indifference. Which is, perhaps, a feeling even worse than hating the song with utmost vehemence. It just limply swaggers by, filling its three-and-something minutes with characteristic repetition but zero energy.

Perhaps the record’s length doesn’t help – at 42 minutes, Magic Potion is probably ten minutes longer than its simplistic style warrants – but come the concluding pair of ‘Back Door’ and ‘Elevator’, it’s tough to muster much in the way of excitement for heard-it-before (across the last nine songs) six-string crunches and heavy-handed cymbal crashes. If variety is the spice of life, then this album’s heart must beat with a worrying weakness.

Great in parts though it is, Magic Potion isn’t quite the album to attract a raft of newcomers to The Black Keys’ archaic rock, a breed best played loud from dusty porches and creaking pick-up trucks. Loyal fans, though, will find much of their favoured brand in abundance here. Just focus on keepin’ your jaw from slackin’, you yokels*.

*DiS apologises for this horrific and inaccurate catchall.