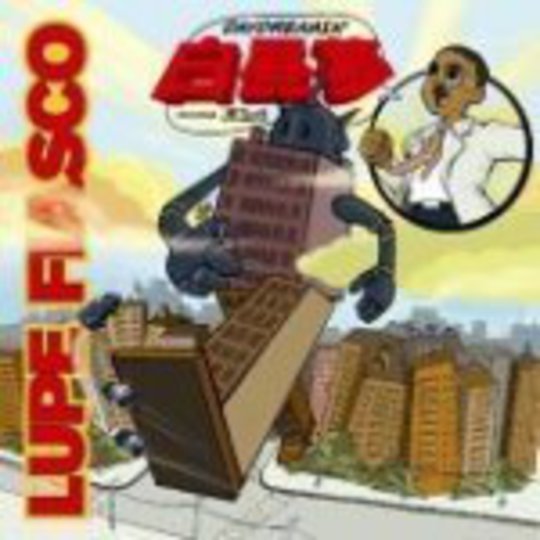 **Lupe Fiasco**, I like. With the axis of evil that is MTV-endorsed hip-hop, he’s the bridge to credibility that was once formed by Kanye West before he went a bit _eurgh_. This, his second single released in Britain, will be proof, then, whether his fantastical musings can translate to British charts like the likes of 50 Cent have unforgivingly done in the past.

It’s a deceptive first impression: _Daydreamin'_ samples that song most use to show they really do like electronic music – I Monster’s _‘Daydream In Blue’_ (_which itself nabbed the loop in question from The Wallace Collection's 1968 composition, _'Daydream'_ - Sample Geek Ed_) – and mercilessly wastes Jill Scott’s brassy tubes, and it initially looks destined to fall into the 'aesthetically pleasing but empty' folder. What saves it however are Fiasco’s shifts through the tender and brutal extremities of his voice and an eventual melding of sample and flow resulting in a truly surprising enjoyment. The fact he’s also singing about looking through the eyes of a giant robot surveying his old neighbourhood only adds to it because, frankly, that’s an inspired concept.

The fickle nature of mainstream British buying habits are unpredictable, but if Lupe Fiasco were to penetrate the vapid charts with his bold, structured and distinctive style of hip-hop, I for one would bestow the Top 10 with an ounce of grudging respect.