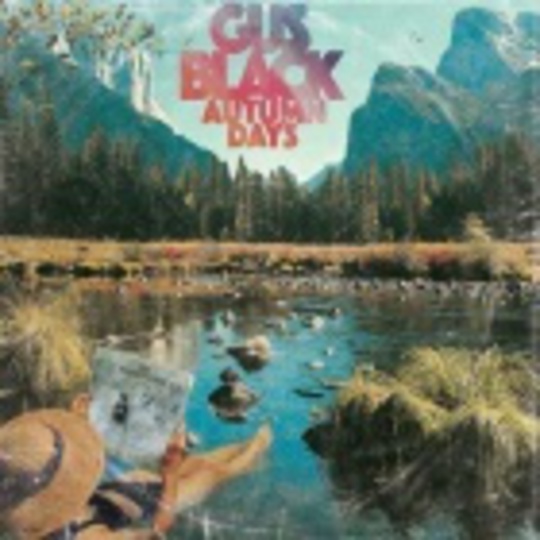 In much the same way that only a small percentage of the world’s rhythm guitarists can write supermassive riffs to match Matt Bellamy’s, only a handful of songwriters are destined to ever stand out from the pack. There’s a whole range of ways to be separated from the Blunt-led mass of dirge - anything from excellent instrumental prowess or a knack for catchy melodies to sheer determination. But even on repeat for eight hours, I still can’t tell which side of the Boss-or-Dross line Gus Black’s fourth album falls.

Not only that, I can’t really recall it – any of it – and I get the impression that listening to it ten more times will probably not help - not because it’s particularly dull, but because there’s something it sorely misses. Like some kind of _Bodysnatchers_-based blockbuster, where the characters are replaced with clones missing the vital aspect of humanity, most of the offerings on Autumn Days sound like they’ve been constructed minus a critical element, and lack a kind of crucial presence.

Thankfully, it’s not all quite so frustrating. At the start of the album, all seems fresh. Even the dreariness of opening track ‘Don’t Go Tellin’ The Whole World’ can’t stop it from being a strangely warming piece of indie-folk, a tender voice suspended (and occasionally double-tracked for that authentic chorus effect) above a single acoustic guitar. It sounds like it was recorded using a Dictaphone, but perhaps that only adds to its fragile feel. In stark contrast, second track ‘Long Beach (It’s A Miracle)’ is Autumn Days’ most pleasing moment, all hi-fidelity fuzz and Ed Harcourt-style soft-then-hard dynamics concealed beneath a thick layer of production sheen.

Sadly though, that’s where the ideas begin to run thin. After the promising first two tracks, the twelve that follow gradually become more diluted, less charming and more indie-by-numbers, with Black’s vocals telling of love and loss but sounding less emotionally charged and gradually more bored. The songs themselves are all quite similar to each other in terms of sound and structure, until everything gathers into one giant wave of heartbroken indie-folk fodder, ready to soundtrack this season’s newest American Teen Soap.

Despite its shortcomings in the long run, there’s very little actually ‘wrong’ with Autumn Days, aside from a painfully depressing version of ‘You Are My Sunshine’ as a secret track. Sadly, there's little that’s inspiring abut it either. This isn’t helped by Black’s Los Angeles drawl being a near carbon copy of that of oddball artist and musician Joseph Arthur, who provides an identical sound over a consistently much more interesting backing, where Black’s simple offering feels more like coffeehouse balladry in comparison.

Perhaps that’s the final conclusion to be drawn: there’s nothing that Autumn Days can give the listener which couldn’t be obtained from other places that show more varied approaches. Neither good nor bad, it is left wholly average. Although that means it still pisses all over Jack Johnson.

Get Yr Blood Sucked Out