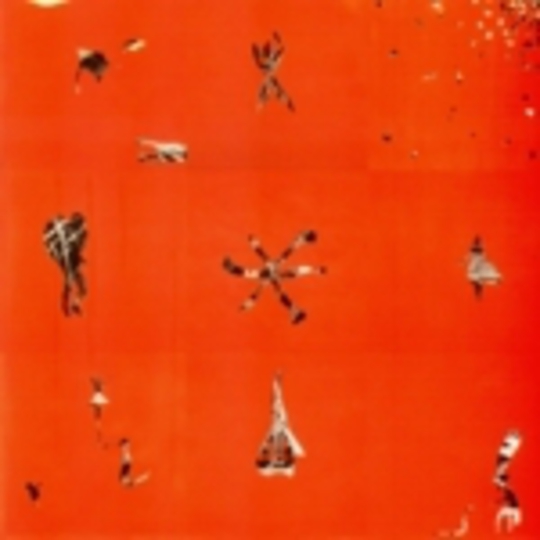 First, there is a scratching sound, much like the sound of a pen scribbling over thin paper on a hard table. Soon, it is joined by more sounds, until it becomes like hard rain on a tin roof only electronic, unnatural and without structure. Three minutes into Hollinndagain’s opening track and that’s still all there is, until keyboard noises and a single human voice cut through. Still it remains a hypnotic mess, but I am by now transfixed.

What the hell is that next sound? Is it someone being shaken? Is it even someone? As the first track bleeds into the second after a full ten minutes, the sound of knocking appears – someone perhaps clapping, or slapping on a table. The voice continues, a little like Thom Yorke in its dreary, poorly-formed, near-indecipherable choice of words and sounds. The slapping and the cries of the shaken both get louder, joined by some pounding drums and other, more melodious sounds which reappear and then disappear in the space of a minute. Even after three minutes, we’re only a quarter of the way into ‘Pride and Fight’. There’s no chance I’m ever going to make sense of this concoction of noise, so I give up trying to work out what’s going on and just listen.

Originally released in 2002 on a limited-edition run of just 300 hand-painted vinyl LPs, Hollinndagain is a psychedelic anomaly. It has only seven tracks like a mini-album, yet clocks in at over forty minutes, and whilst it’s largely considered to be their third album, it’s technically a live album and comes from a time before the name Animal Collective was even used. A world away from the folk sound they’re renowned for these days, this avant-garde collection of interwoven, overlapping sound effects is taken from parts of a 2001 radio session and a handful of live shows from the same time.

But how do you rate something like this? It’s like trying to score the night-time noises outside your bedroom window. Would it be a ten for the satisfying slam of a neighbour’s front gate, or a zero for the barfly stumbling enraged down your street, interrupting your drift into slumber? The feedback squawl and random noises of Hollinndagain could be anything to anyone, and nothing to others. By popular definitions it’s barely musical, more an example of music as an art form or expression of emotion than entertainment – those in search of structure could not pick a worse place to look.

But still, there must be a place for this. A time when you need to let yourself go, to relax or escape. That howl could be animal or tribal, those clattering drums a call of war or a toddler let loose on pots and pans – wherever your imagination takes you, you deserve to be taken there at least once.