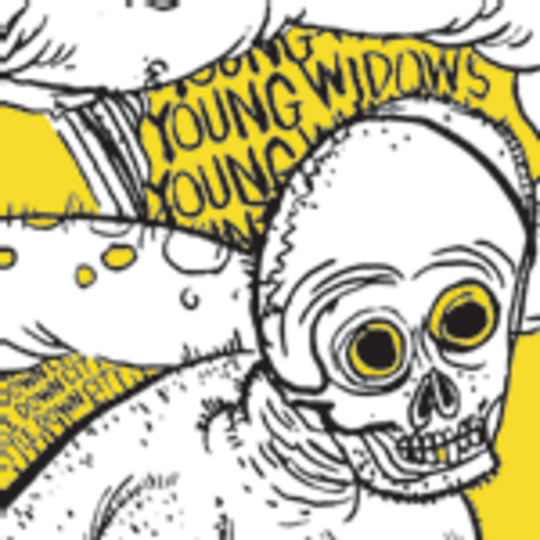 What begins with what sounds like a dog’s bark ends with an ambiguously chanted apology of “We don’t know”; between these bookends lies some of the most visceral punk-rock heard since Wives’ Erect The Youth Problem long-player of last year. Young Widows’ debut album, eleven songs of rampant aggression and distorted amplification, could even be compared to Mono, the album that launched The Icarus Line so violently into the public consciousness. Like the Los Angeles-spawned five-piece, Young Widows deal in the kind of punk developed to kill ‘punks’, the part-timers in it for the money. If you’re not with them you’re against them, and Young Widows will chase you out of town with flaming torches and pitchforks.

Only this isn’t really a debut: Louisville’s Young Widows are three-quarters of the band formerly known as Breather Resist, and this long-player was originally intended for release as that band’s second album proper. Yet a dramatic shift in sound, from what was fairly traditional hardcore to something a whole lot uglier, has led to this rechristening. Now fronted by Breather Resist’s guitarist Evan Patterson, the trio’s taut and moody rock could so easily be spoken of in the same breath as efforts by both The Jesus Lizard and Shellac: Patterson’s vocal delivery is just as dramatic as David Yow’s (although it’s never as frenzied; it doesn’t once climb inside your ear and make a nest out of severed synapses and bloody chunks of brain), and the muscular rhythm section of Nick Thieneman and Geoff Paton is occasionally a match for the pile-driving drum ‘n’ bass pulse of Bob Weston and Todd Trainer. Seriously.

The explosive opening quartet here are sure to have fans of any of the aforementioned points of reference slavering for more of the same ‘til the album closer ‘We Don’t Know’ rattles the final screws loose from Settle Down City, allowing it finally, mercifully, to rest. The opening title track and ‘Almost Dead Beat’ are near-enough two songs in one, the former merging into the latter without any respite for the listener’s sound receptors. Grungy basslines and tub-thumping drums echo The Jesus Lizard’s primal rawk ‘n’ drool, but these songs are underpinned with a technical skill that prevents them from deteriorating into simplistic slurries of indiscernible noise. Young Widows rightfully tip a hat to the Touch And Go-signed Chicago-spawned four-piece of no little infamy with ‘Glad He Ate Her’, a song that owes a great deal to the Lizard stylistically and reflects as much in its title. (Geddit? No? Go buy some Jesus Lizard records already…)

Attentions may wander during the album’s midsection, simply because the trio’s approach – one of furious bombast born of scythed guitar, battered bass and bludgeoned kit – doesn’t particularly waver during a thirty-five-minute total running time. But aficionados of such a single-minded tackling of punk-rock will lap up everything they’re offered, their taste buds tingling exquisitely when the absolutely deranged ‘The First Half’ blasts from the speakers, leaving any furniture before them shattered into thousands of tiny pieces. At only a minute-forty, it’s the album’s most direct effort, the one that places its hands firmly on the jugular and just goes for it; it’s also the one song that leaves the listener in no doubt as to Young Widows’ live prowess, as it bears muscles that, when exhibited on a stage, will crush the front few rows into submission within all of a single syllable’s utterance.

A heavy going listen though it will be for anyone with only a give-or-take attitude towards any of the already noted acts, Settle Down City_ is a must-buy for those that regularly enjoy their punk-rock served as raw as possible. This record has no label-specified demographics in mind; Young Widows won’t be appearing on the cover of Alternative Press anytime soon, and readily confess to not knowing how best to increase their certain-to-be-niche initial audience (at least, that’s how I’m reading that parting lyric quoted in the first paragraph).

And thank fuck for that.

I Believe In The Way You Move (re-recorded)