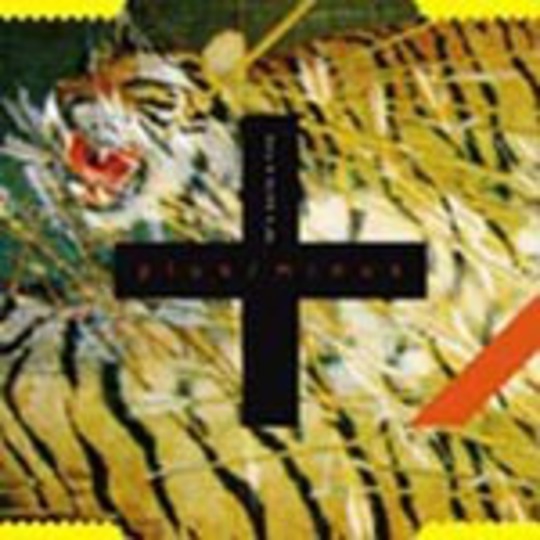 You are a puppet, or maybe a yo-yo. Either way, you're on one end of a string and +/- are holding the other. Up until its final explosive minute, 'Fadeout' is one steady deceit of dry rimclicks, stuttering bass notes and pensive strumming until it turns, slaps you in the face, grabs you by the arm and bolts toward the nearest cliff over which you will run, breathless and exhilarated. There are several moments like this laid over Let's Build A Fire, +/-'s third long player and first for Absolutely Kosher - you won't run nearly as fast every time, or jump quite as wilfully, but it's a journey still worth pursuing.

With such disparity and intensity of sound in the first four songs alone, it's humbling to realise +/- are constructed of just three gentlemen from Brooklyn. James Baluyut coos and soars through these songs, letting his spindly guitar work interplay with those of Patrick Ramos, while Chris Deaner underscores proceedings with deft and vicious rhythms. 'Steal The Blueprints' is where all three knot themselves together so perfectly and produce what sounds like The Postal Service, if they somehow located testicles (appropriate considering Baluyut's occasional Gibbard-isms): a dirty and growling bass, Deaner's restless fills and hyperactive drum machines, and plenty of elastic stop-starts and subtly math-rock chops.

A quarter of Let's Build A Fire inhabits this same space somewhere between indie-rock and synth- and drum machine-tinged electronica. Elsewhere though, things aren't always quite as arresting. Four of the tracks penned by Ramos are overly languid dream-pop affairs that only serve to tarnish the initial attack of tracks like the pithy pop of 'Thrown Into The Fire' (propelled once again by Deaner's intuitively accomodating rhythms), or the unrelenting stop-start 'One Day You'll Be There'; both tracks that prove what +/- can do with a time signature that doesnt drag its heels. When they do though, it's not always as dry as the whining, off-kilter 'Profession'. 'Leap Year' is likeable college rock in the vein of Nada Surf or Fountains of Wayne, and thanks to Baluyut's vocals (like a northwestern Jim James) and Deaner's stuttering percussion, 'The Important Thing Is To Love' becomes an early favourite.

For all its shortcomings, _Let's Build A Fire is a step forward for +/-, who subtly reel in their previous preference for reverb and drum machines, adding cleaner dynamics and live percussion to their existing mix and belting out more curious offerings such as the opening title track. A vinyl crackle presents a woozy, regal assemblage of trumpets before, once again, you're dropped or thrown into a brassy, distortion-laden sea. It's a uniquely revelatory kick and though their forward-thinking sentiment, burning all that came before, doesn't entirely fit with the eerie familiarity of some songs here, it heralds the opening of this inventive, if uneven collection.