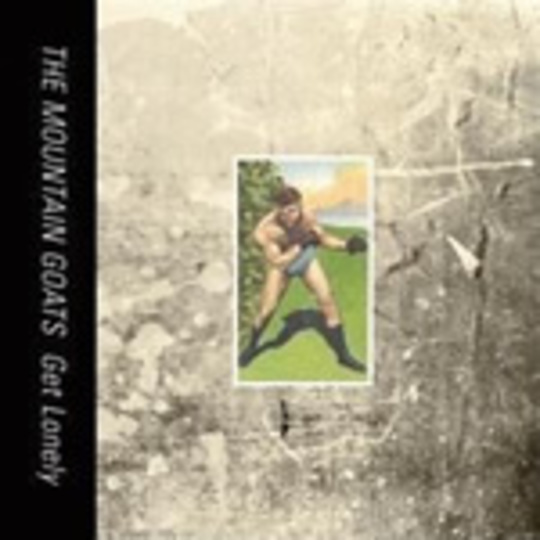 I'd like to extend the warmest of gratitudes to my ex-girlfriend. Without her somewhat unconventional grasp on reality, I doubt that_ Get Lonely _would resonate quite so clearly as it does. For John Darnielle has shifted from the vivid, visceral catharsis of last year's The Sunset Tree to loss and the kind of post-relationship malaise that can nullify weeks and months, leaving blank, formless periods of numb melancholy. If you don't understand it, pray you never have to. The content and happily attached may have some trouble digesting these songs, but that's not to say this isn't a beautiful addition to The Mountain Goats history, and a superb chance to wallow in pity for the cast-offs amongst us.

With good reason, The Sunset Tree was perhaps Darnielle's most warmly and widely received record to date. It documented the unstable and violent relationship with his stepfather through staggeringly poignant lyricism, and a diverse palette of warm sounds. He sang with fists clenched, red-faced, warm and powerful. While Get Lonely is more introspective and instrumentally restrained, there's a collaborative intimacy with Peter Hughes and Franklin Bruno, tempered with cello, sparse but intricate percussion and producer Scott Solter's subtle atmospheric craft. Here are morning tales told at night, blurry with contemplation.

What makes the largest impression though, as ever, is Darnielle's ability to build the most affecting of scenes from the smallest suggestion. On 'Woke Up New', he sings, _"I wandered through the house like a little boy lost at the mall / And an astronaut could have seen the hunger in my eyes from space"_. On the impossibly mournful title track he describes a morning spent walking without direction: _"And I will find a crowd / And blend in for a minute / And I will try to find / A little comfort in it"_. His voice is numb and gentle, ushering in quiet, lapping strings._ Get Lonely _spends the majority of its time in this stubbornly languid state, and the tripartite attack of 'Moon Over Goldsboro', 'In The Hidden Places' and 'Song For Lonely Giants' found after the title track does drag slightly, despite their individual beauty. But the sequencing of tracks does seem to suggest a gently redemptive curve, a journey of denial to grim acceptance.

Bookending this languorous midsection are sprightlier cuts, such as 'New Monster Avenue', possibly the record's biggest sonic departure - a dissonant, jazz-like crescendo of toms and cymbals, punctuated with glimmering piano chords. 'Woke Up New' is a gentle breeze of staccato cello, guitar and bass followed by the urgent brass and hammond throbs of 'If You See Light'. Though _'In Corolla' _makes a stark ending statement (our lonely figure wades through real or imagined grassy marshes in which he will, by the song's end, wilfully sink into), the mood is peaceful, subtly accepting and neatly ends this brooding, assured collection of songs.