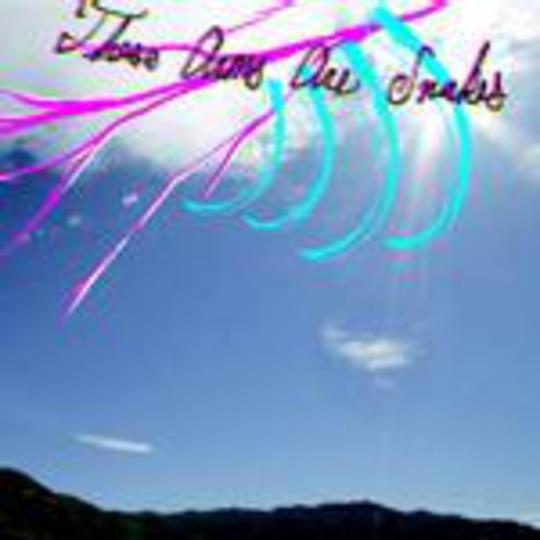 This summer’s high-concept blockbuster has done for snakes what Jaws did for sharks. No, it hasn’t increased their street-cred so that they can slink around the undergrowth hustling field mice for kickbacks – IDIOT – it’s given them such a bad name that the very mention of Dendroaspis polylepis sends most (but not all – see picture, below) children running – first to a biology textbook, then straight upstairs to jump in a bath of cold water because it masks their heat signature like Arnie did with the mud in Predator _then he made all of that cool weaponry out of twigs and leaves and blew stuff up and _MAN THAT THING WAS UGLY.

They obviously don’t realise that a bath is going to offer little protection from a sea snake – you might, in fact, be tempted to say that it would actually make things easier for the fork-tongued bastard – but that’s a lesson that they’ll just have to learn the hard way. Snakes on a boy: good parenting But should you, dear DrownedinSound reader, be afraid? Using the new album from Seattle’s These Arms Are Snakes as a control, we conduct the most rigorous scientific investigation since George Dubyah decided that people in Iraq, like, drive WMDs to work or something, to conclusively assess if we should be loving the snake, or whether it’s time to start whacking it. So to speak. These Arms Are Snakes: scary?

But, as they almost never say, you shouldn’t judge a book by its cover – especially when the cover is one that you just completely made up. And who knows; having dislocated their collective jaws and gorged on the juicy acclaim that debut Oxeneers or The Lion Sleeps When Its Antelope Go Home - a mouthful even for something that can eat a kangaroo whole – garnered, maybe this new album will find them a more content, less aggressive entity? **_Oxeneers or The Lion Sleeps When

A spot of preliminary research raised more questions than answers. A friend, whose identity I will protect by referring to him as Ivano Maggiulli of Days Ago and Clapham-based deli Salumeria Napoli fame, said of the new album: “Shit on ma wizzle - it’s really PROG!” Samuel L Jackson, speaking at a press conference for his new film, Same Shit Hat, Different Day, simply stated: “Snakes? Cool!”* Kurt Russell made like Soldier and declined to comment.**

So the question remains: have the snakes gone soft, or is their bite as venomous as ever? We’re talking about a band fronted by a man who spends a good proportion of their live shows sleazing around the stage with a microphone shoved down the front of his pants (a lot of men think with it, but not many actually sing with it, too), so I wouldn’t bet your life on it. That is unless Nikki Grahame or Stacey ‘lady lumps’ Ferguson are reading, in which case it’s a risk that I strongly urge you to take.

But, what with this being a highly scientific experiment and all, we thought there’s only one thing for it: let’s actually listen to the CD and find out.

Listening to the CD and finding out

Opener ’Mescaline Eyes’ teasingly hides its secrets behind a brooding introductory veil, with guitars that are phasered to within an inch of their lives writhing amongst a sea of distorted crackle and fuzz. When the crescendo finally comes, the release is not quite what you might expect. Guitarist Ryan Frederiksen has obviously been dabbling in the dark, leather-trousered art that is classic rock, as he thrusts out killer licks so irresistible in nature that it’s almost impossible to stop your hips from punctuating them with gyratory applause. Such urges should be fought with every last drop of your resolve, however, as the hot girl you’ve been staring at on the Tube is liable to get the wrong impression. And if you happen to be in the enviable position of eating a sugarcoated donut at the same time, then you should definitely make like a kids party and avoid licking your lips – such a combination will have you bunking with Mr Glitter before you can say_ “grinding neverland”_. But, going back to the script for a moment, perhaps ‘classic rock’ is the wrong term. Whilst it wouldn’t be too wide of the mark to suggest that some elements hark back to Soundgarden and the less straightforward Seattle banks of the early ‘90s, a more probing aural examination reveals twisted notes lurking just beneath the surface, subliminally etching your subconscious with dark thoughts and lurid desires.

And although proceeding number ’Horse Girl’ sees the band return to the more familiar territory characterised by guitars that veer and lurch through mathy tangents, it’s clear that this snake has shed its skin and emerged a distinctly different animal from the one that we saw back on Oxeneers.

There can be no doubt that the songwriting has matured, but this progression has come at the expense of some of the urgency and vitality that was such a feature of the band both live and on disc. The synths and samples, too, are less prevalent, with Brian Cook spending more time string strumming and less time key tapping. It actually appears that the first in our triumvirate of interviewees might have been close to the money, as everything has gone a bit nu-prog.

Now progression is no bad thing – you should always judge a record for what it is, not what you thought it would be – but there is a danger of objectivity being clouded by natural preconceptions when appraising the post-metamorphic creation.

This is particularly true with bands whose members used to be in such seminal outfits, as the new band is often automatically bequeathed the status of rock royalty, and is as such treated gently by critics and fans alike, who listen to the record through rose-tinted headphones.

It’s obviously something that hasn’t gone unnoticed, with the press release stating that the band has_ “stepped out of the shadows of the ‘ex-members’ tag”_. While this may be true, it also means that they have stepped out from under the protective blanket of those former heavyweights, with this newly naked form afforded nothing to fall back on but its own merit. It is perhaps unfortunate, then, that this forward step has landed them firmly into territory presided over by The Mars Volta. As good as they are, that definitely equates to a case of them punching above their weight.

That’s not to say that Easter is a bad record – far from it, as there are moments of brilliance to be found within – it’s just that, like Oxeneers, it struggles to maintain momentum. There are also some interesting reference points, as ‘Child Chicken Play’ schnaffles the classic riff from The Smashing Pumpkins’ ‘Zero’, while, altogether more worryingly, ‘Desert Ghost’ sounds like a protracted Linkin Park intro. And, quite simply, that’s a reminder we could all probably live without.

So, should you be scared? Not really – this snake’s getting a little long in the tooth.