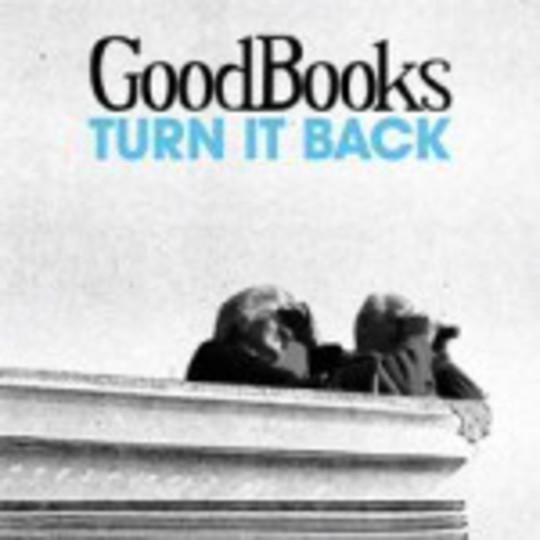 Previously, based on live showings, talk of Sevenoaks' GoodBooks as 'electro' seemed somewhat misleading: sure, JP (the one with the sunglasses welded to his face) played a bank of keyboards and rhythm machines and such, but there didn't seem anything the slightest bit aggressive, or really sexy, or avant-anything about their sound.

This single justifies the tag a little more, sounding similar to a more lounge-y take on Jeremy Warmsley's earlier, more programmed material, and also slightly like Athlete. But in a fairly good way - not that there's really all that much bad about Athlete, it's just that there's not all that much good, either. GoodBooks, on the other hand, are a bit good. Shall I make a pun on their name? No.

I like to think of them as the current indie scene's answer to Fleetwood Mac. Not that they're all doing each other, at least not to my knowledge, but in their unashamedly soft pop sound, thankfully unmarred by any slavish imitation of elders and betters. That is to say, just because they're not all up in yo' grill, it doesn't make them any less interesting.

Get Myself Into It