Get Myself Into It 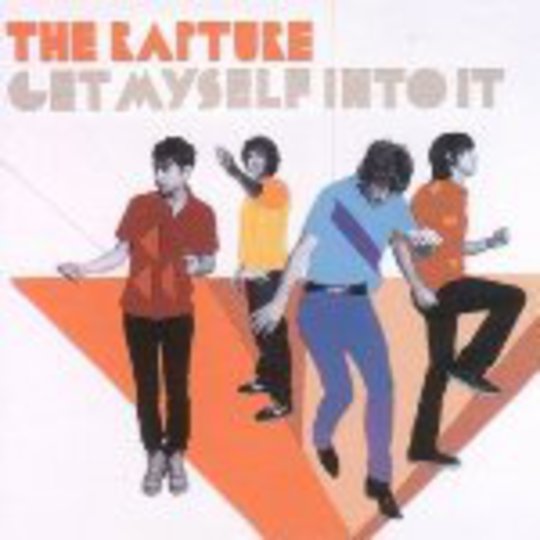 Upon the announcement that Paul Epworth was to produce the new material from The Rapture, all those months ago, tongues (such as mine) did wag at the thought. A man responsible for records by so many bands who had followed The Rapture's example of plundering the sounds of the post-punk era for a modern update (co-)taking the reigns of that selfsame band did suggest a certain level of selfparody, at least to my cynical mind.

While this, their new album's lead single, is clearly more mainstream and poppy than their previous material, fears that Epworth's airtight production would be to their detriment are exaggerative. Maybe it's just impossible to rein in Gabriel Andruzzi's swinging sax, especially when it's snaking around Luke Jenner's guitar chirrups, so drenched in reverb that it's not immediately obvious which instrument is which. Maybe there's just significantly more to The Rapture than a DFA production credit.

All this said, the neo-baggy beat and titular hook do recall the Stereo MCs' 'Connected' just a little too much for me to be entirely comfortable with this as a sign of what's to come on that forthcoming album, Pieces Of The People We Love.