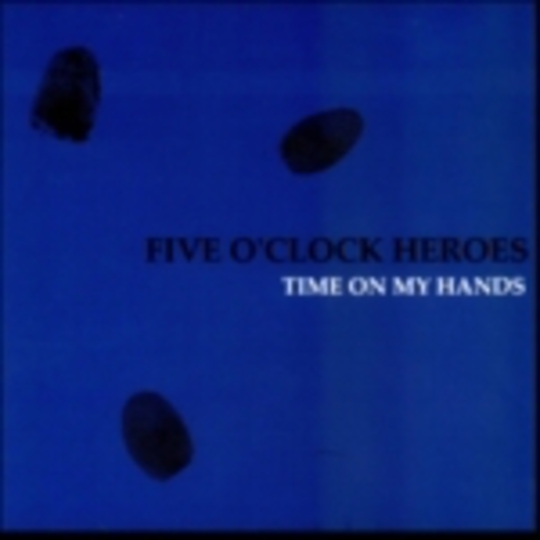 Having first released this single nearly two years ago to a cold reception from DiS amongst others, Five O’Clock Heroes must be hoping that time has been kind to them. This seems not to be the case. Even repackaged for 2006 with three new b-sides, ‘Time On My Hands’ remains what it always was – an uninspiring piece of rock-by-numbers.

The problem is not one of sound, more of imagination. ‘Time On My Hands’ is lovingly produced, but severely lacking any kind of cutting edge; it's inoffensive but unadventurous. Short, punchy chords litter the chorus whilst Antony Ellis impersonates the vocal strain of The Knack’s Doug Fieger, creating a near-perfect pub-rock replica of ‘classic’ American rock circa 1975, right down to the quickly-gated echo effect on the vocals. The melody in the verse is good enough to hold your attention for a while, but when the good-time chorus hits its bite evaporates, giving way to clean-shaven soft-rock and an anti-climax.

The b-sides fare no better. ‘Good Company’ is more of the same albeit with a lesser chorus and ‘Vivian’ is a slow, dreary acoustic ballad. The out-of-tune vocals on the acoustic rendition of ‘Run To Her’ sound like James Dean Bradfield covering Laura Branigan’s ‘Self Control’. These three b-sides may succeed in making the lead track sound more appealing, but the single as a whole is a little tedious. While you might admire the 'Heroes for their persistence, there’s little else to admire about ‘Time On My Hands’ itself. Still.

The Return Of Dr Octagon