The Return Of Dr Octagon 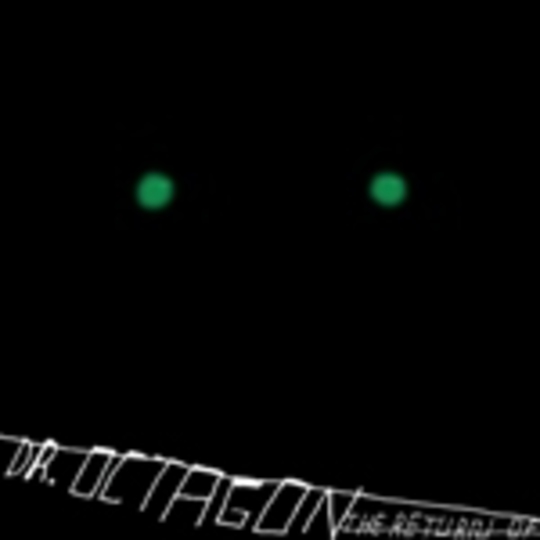 The Return Of… is one record that truly earns, nay deserves, the much employed ‘long-awaited’ tag. Kool Keith’s last long-player under his Dr Octagon guise, Dr. Octagonecologyst, was released ten years ago – you can only just count that on your fingers, unless you’re one of the aliens that (real name) Keith Matthew Thornton raps about on this album – and this follow-up’s only real failing is that it arrives too late in hip-hop’s history to have a genre-wide impact comparable to that of its predecessor.

Keith had always been regarded as an innovator, and rightly so, but The Return Of… is absolutely entrenched in the present day, both lyrically and in terms of the frantically delivered beats and scratches that comprise the core compositional building blocks of most of these fourteen tracks (needless skits aside). It’s this fact that initially leaves the listener less than impressed: no longer is the good doctor pulling his prescriptions from the future, but he’s formulating them from entirely contemporary ingredients. Time has caught up with Dr Octagon, and there are tracks here that sound like little more than a simple amalgamation of Outkast’s sharp wit and The Neptunes’ studio slickness

Standouts bookend a mid-section of comparatively so-so material: opening pair proper ‘Trees’ and ‘Aliens’, the latter the album’s excellent lead single, establish a standard that little else matches. ‘Trees’ is a rant-rap concerning itself with environmental matters – the clue’s in the title – delivered with silver-tongued ferocity, while ‘Aliens’ is a schizophrenic slip’n’slide from sci-fi samples and robotic dog barks to Addams Family atmospherics of utmost eeriness. What am I gonna do when the aliens arrive? Play this and confuse the shit out of them.

‘Ants’, featuring excellent turntable work from the less-brilliantly named DJ Dexter, maintains the hyperactive mood and high quality, but ‘Al Green’ slumps, shoulders relaxed and head down, to the level of many a battle-rapper: this is bad, that is bad, we’re great, you’re not et cetera. While it’s right that all the “motherfuckers trying to be Al Green” are, most probably, weak, filling the best part of three minutes with such sentiments just depresses, especially when set to the album’s dullest instrumental backdrop.

Concluding effort ‘Eat It’, though, ensures The Return Of… ends on a repeat-listen-worthy high: starring Princess Superstar on vocal duties, it’s the finest anti-war (or pro-war, depending on which way you’re listening to it) song to blare from massive speakers in the back of an undersized hatchback all year. ‘Cause that’s where hip-hop sounds best, right? You kids with your stereos, turn it down.

Anyway: Miss Superstar raps loosely but effectively about falling in love with an enemy soldier in Iraq, and delivers the record’s finest necessary expletive with the line “should I serve my country or my cunt?” Subtle, that. Although crude – again, the title’s something of a clue to the song’s key topic – the song’s a thought-provoking piece: the world really would be a much better place if we all got laid, wouldn’t it?

It’s just a slight shame that we’re not getting laid in 2016, as that’s surely where this album should have laid its roots. That Keith is capable of better records is a point proven by his past, but so far as 2006-born hip-hop goes, this is head and shoulders above much of the loudmouthed, uncouth and generic rabble.

Sean / When Your Heart Spills (split)