Adventures In The Underground Journey To The Stars 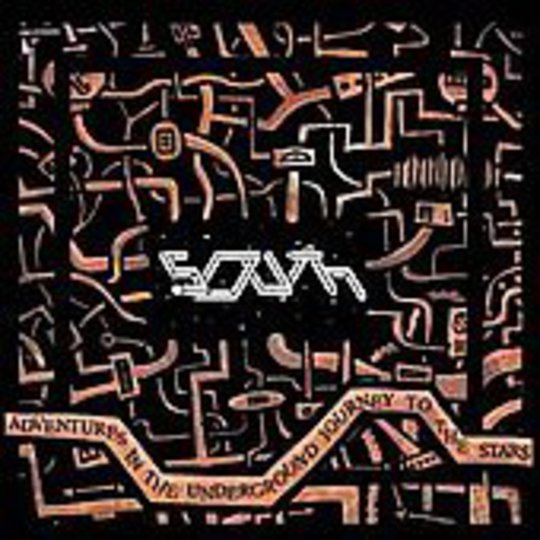 Long-forgotten London trio South are one of those bands who have never really fitted into any particular scene, and to be fair to them, have never made any conscious effort to either. Initially welcomed as subliminal Verve with dubplates, first album From Here On In sounded like it was from another time entirely - part past, part future - and should have heralded South's arrival onto bigger things in due course.

After that, everything went a little quiet and although 2004's With The Tides received many a favourable review, it seemed the initial spark of excitement had long since subsided.

So onto album number three in the shape of Adventures In The Underground Journey To The Stars: while it can be said that South 2006 sound very little like they did in 2000, even without a single change in personnel, parts of this record sound more like final clasps of desperation rather than any forward progression, which is sad to report bearing in mind the band's former glories.

The most underlying aspect of Adventures... is the band's apparent fixation with Republic-era New Order, something which previous single 'A Place In Displacement' initially hinted at. While that particular song may have sounded like a revitalisation of the creative batteries in South's armoury, at least half of this record takes on a similar mantle, culminating in the clumsy_ 'Meant To Mean'_ which is as dairy-lite as anything the likes of The Feeling have served up this year.

When South do get it right, though, such as on the colossal 'Pieces Of A Dream' or the Doves-meets-Badly-Drawn-Boy epic 'Safety In Numbers', the listener is left wondering what might have been if only they'd stayed true to their own beaten track, instead of veering off onto someone else's.

Hopefully _Adventures... _is just a minor blip, as there is a truly magnificent record harbouring itself somewhere between the clutches of messrs Cadbury, Shaw and McDonald. All that's left is for them to create its true destiny.