Let Me Introduce My Friends 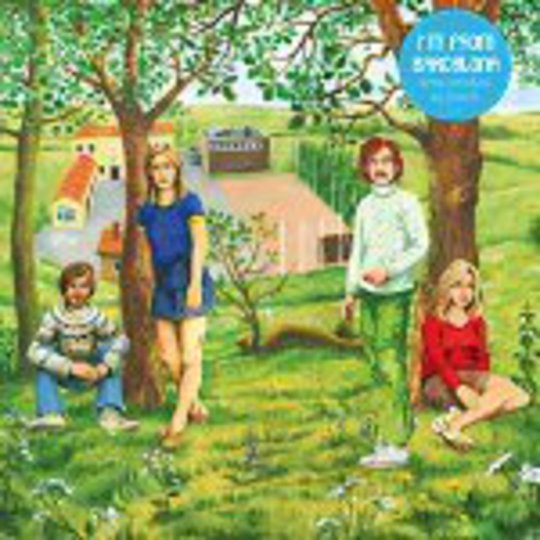 I'm From Barcelona: they're not, but let's move on. You'll spend many early listens of Let Me Introduce My Friends with the creeping paranoia that somewhere, behind a rock or perhaps an overweight hipster, there is a sniper with his crosshairs trained squarely on your fleshy temples. Because I'm From Barcelona could so easily be the world's biggest in-joke, reeling in Pitchforkers and hangers-on alike with songs about stamp collections and treehouses, joyful poppy arrangements and 29 Swedish members with a whole load of clumsy, cutesy second-hand English.

The reality is that Let Me Introduce My Friends is piled high with light-hearted pop drenched in gang choruses, and lies somewhere between The Polyphonic Spree and Architecture In Helsinki. There are artilleries of instruments, wave after wave of handclaps and lyrics channelled straight from the jumbled multi-coloured brain of your average seven-year-old, and it's all strikingly familiar. It seems backward to take issue with the mass production of joy, but man cannot live by banjos, whistles and lollipops alone. There's no end of motley collections of young men and women touting this kind of concentrated pop happiness, and I'm From Barcelona seem content to mingle with their contemporaries instead of attempting to distinguish themselves from them.

This isn't to say their mingling skills aren't admirable: 'Treehouse' lasts five minutes, and while we learn very little during its duration (we're told, for example, that they have built a treehouse - any other details are somewhat sketchy) it's nevertheless a lovingly built stomp lined with harps, banjos and the kind of chorus that lingers in your bones for days and weeks. 'We're From Barcelona' isn't nearly as guiltily enjoyable as it is when accompanied by its video, but the insistent horn-led melody and layers upon layers of warm chorus are just enough to sway affection.

But all too often, I'm From Barcelona are either forgettable or just beyond cloying. 'Collection of Stamps' is one talking dinosaur away from being a children's television theme tune, and its lyrics don't suggest otherwise: _"I've got one from Spain and two from Japan / I've got a couple from Israel and Azerbadjan / I've got a plenty from Poland but none from Sudan / Or from Fiji or Uzbekistan."_ 'This Boy' is a rather drab and impossibly fey number assisted by fellow countryman Emil Svanangen of Loney, Dear, and 'Rec & Play' suffers a similarly high-pitched fate. The gentle petering out that comes with 'The Saddest Lullaby' draws a frail line under this uneven collection: its heart is in the right place, but very little else is.