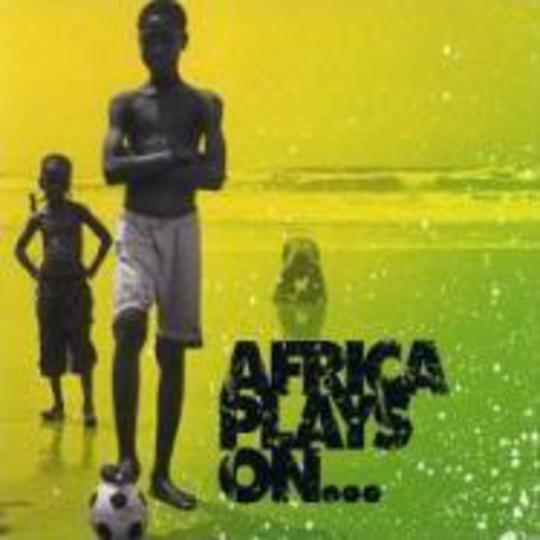 Imagine that your only knowledge of British music was The Beatles, The Kinks and Cliff Richard; envisage you are unaware of the last forty years of musical progression; speculate for one moment that punk, Britpop and Slade are only formed syllables to your innocent ears and you’re happy and completely content with your way-past-it hand. And then, imagine being aurally confronted by The Automatic, Kaiser Chiefs and Lethal Bizzle. Terrifying, isn’t it?

If you excuse the awful international parallel and apply it to African music, you’ll have a fair idea of my initial response to _Africa Plays On_. Raised on African music stalwarts Ali Farka Toure, Ballake Sissoko and Hugh Masekela, the sound of ‘new’ Africa is reasonably shocking, particularly so as the first voice coming from the speakers is that of **John Legend**. Joined by **Richard Bona** on _‘Please Don't Stop’_, it’s what you’d expect from anything Legend comes near: soulful, funky and effortlessly absent of charm. Oops.

However, once the following tracks featuring **Akon** and a Shaggy impersonator are braved, what follows is a vibrant collection of undeniably wonderful songs. Once accustomed to the infiltration of US hip-hop into traditional African music, the animated mood bubbling under the less than pleasing aesthetic is terrifically infectious. Take **Wahala Project**’s _‘Wahala’_ and **Alpha Blondy**’s_ ‘Cocody Rock’_, two tracks that soar on unfiltered joy itself – the vocals are less vocals but more cries of glee, the instruments restlessly tangle and entwine. Yes it’s a stereotype, but from initial concerns all fears are allayed: music this sincere just doesn’t exist anywhere but Africa.

In the second half of the compilation, the works of **King Mensah** and **Wassis Diop** display the artists working today intent on carrying on the sound of ‘old’ Africa. The sparse instrumentation of bongos and acoustic guitar cushion the warm voices of these two artists, encapsulating the listener in an extraordinarily beautiful display. Of all the compilation’s offerings, most listeners will be hunting down further work from these two.

Unlikely to entice newcomers with its unwillingness to reach out openly to ignorant ears, this is nevertheless a delightful re-education to those interested in African music. And of course, they’re all better than The Automatic…